More on Election, Social and Marketing 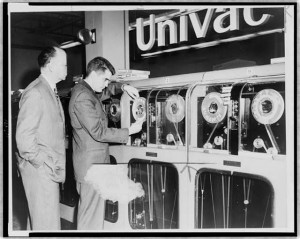 I tried to wait a bit before commenting on the election and the Social CRM implications partly out of respect and in part to give everyone a chance to rev down.  And these observations have much more to do with social media than with any political party or policy initiative, so please believe me when I say I come in peace.

According to the New York Times the major candidates and their surrogates spent over six billion dollars on the presidential campaign making it the most lavish in history, if that’s the right word.  If you live in a swing state you were hammered by ads, many financed by big Super-PAC donors.  But looking at the results, especially for big donors as reported again in the Times, the results were paltry.

Very simply put, we began hearing the words, “micro-targeting” on election night.  The specific reference was to social media, data capture and aggregation and using analytics to both build models of “ideal” voters and then to find them and get them to the polls.

Mobile technology was also employed giving field workers maps and walking directions to the homes of their best-case voters.  This get out the vote part of the campaign proved critical to the outcome.

Finally, if you are Nate Silver, the statistician and blogger for the New York Times, you have to be feeling pretty good at this point.  Silver predicted the outcome precisely only making a wrong call on a North Dakota senate race that turned out better than he’d predicted.  Call it the triumph of the nerds if you must.

All of the modeling, analyzing and grouping that we’ve seen in conventional marketing over the years got a turbo boost from modern technology this year and it bodes well for both the public and private sectors.

In the private sector, social techniques have been validated on a major scale.  If you are not embedding your marketing with social technology and most importantly social techniques you no longer have a reason to wait.  Notice I said techniques too because research I’ve done recently shows too many organizations using the technology but clinging to old techniques with miserable results.  For instance using Twitter or Facebook to simply broadcast an unfocused message.  I wrote about this in my first book, “Hello, Ladies!” That has to change simply because using the new technology with the old methods yields mush.

On the public side, I am going out on a limb.  It’s conceivable that the six billion bucks just handed over to local TV and radio might prove to be a high water mark.  Micro-targeting is far less expensive and more effective and I think the era of big advertising is over in politics as it is in business.

Also, I think the technology from the general election will, four years hence, be cheap enough to penetrate the primary process even more than it has.  Further use of this marvelous technology will actually reduce the polarization we’ve experienced in the last few election cycles.  Here’s why.

In primaries it’s widely known that candidates run more to their extremes, Democrats are more liberal and Republicans more conservative.  The reason is simply that primary voters tend to be more passionate about their beliefs, you almost have to be to go out to a caucus for a relatively unknown candidate on a cold January night in Iowa.

Old broadcast techniques can reliably drum up the most passionate partisans to go to primaries and caucuses but with the down side that candidates win by being less mainstream and it’s the mainstream that votes in the general.  The Obama campaign understood that this year.  With no primary to engage in, the campaign maintained a centrist position, which was enough to win the general.  Micro-targeting worked well enough to enable the president to win all but one swing state, which turned out to be his margin of victory.

So this election was a great proof point for social both in its theory and its practice.  And not just the social media that many people are familiar with.  It was a big win for analytics and modeling, which means big data too.  We tend to forget about analytics and too often when we think about big data at all it is in line with storage needs, but that is changing.

Finally, this election gave a big though implicit nod to cloud and mobile technologies.  As mentioned above mobile devices in the hands of field workers made them far more effective.

In 1952 the fifth machine of the UNIVAC I series was used by CBS to predict the result of the 1952 presidential election.  With a sample of just 1% of the voting population it correctly predicted that Dwight D. Eisenhower would win.  It was a watershed moment for the information age.  It would take more than a decade before computing started to become ubiquitous but it spawned everything around us today.

This election was just as important but its significance may be leaning in the opposite direction.  Rather than telling us of a new computing trend forming, its real message is the full bloom of the trend that started all those years ago.  And its lesson is that computing is so embedded in our lives today that attempting to live without it is like a return to a world lit only by fire.