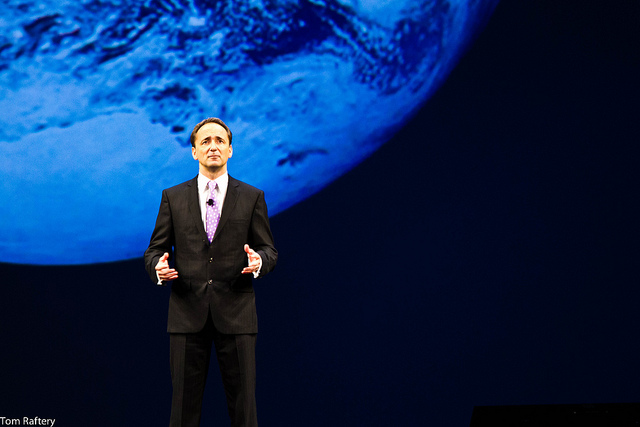 We have been talking  on GreenMonk about the lack of transparency from Cloud vendors for some time now, but our persistence is starting to pay off, it appears!

Some recent conversations we’ve had with people in this space are starting to prove very positive.

We’ve had talks with GreenQloud. GreenQloud are based in Iceland, so their electricity is 100% renewable (30% geothermal and 70% hydro). They already measure and report to their customers the carbon footprint of their cloud consumption – so what discussions did we have with them? Well, GreenQloud use the open source CloudStack platform to manage their cloud infrastructure. Given that CloudStack is open source, and we’ve previously suggested that Open Source Cloud Platforms should be hacked for Energy and Emissions reporting, we suggested to GreenQloud that they contribute their code back into the CloudStack project. They were very open to the idea. Watch this space.

We’ve also met with CloudSigma, an IaaS provider based in Switzerland. CloudSigma were very interested when I raised this discussion with them at the GigaOm Structure event in Amsterdam earlier this year and they hope to have energy and emissions reporting ready to demonstrate very soon. In a way though, the discussions with CloudSigma went much as expected. We were after all, preaching to the converted. CloudSigma have a good environmental track record having announced that they are carbon neutral back in June 2010.

And finally, last week at the SapphireNow event in Madrid, we had a discussion about cloud providers lack of transparency with Jim Hagemann Snabe, co-CEO of SAP. Jim is an interesting guy. We’ve been covering SAP events for several years now, and every time we’ve heard Jim get up to speak, within the first few sentences he references resource constraints and sustainability. He drives an electric car. He’s totally bought into being green. He’s also a proponent of transparency. So when we raised the issue of the lack of transparency with Jim, his eyes light up and he got all excited. We had a great conversation on the topic which he concluded by saying “I want SAP to be a leader in this space”.

All very positive stuff, still no actual movement but things appear to be going in the right direction.

2 responses to “Cloud computing’s lack of transparency – an update”