The Foreigner hit tells the story of a fan who could not get into a show,  but even standing outside in the rain, was so inspired by the music that he bought a used guitar the next morning and went on to become a rock star.

Does your event aspire to create similar Jukebox heroes? It should.

Events are going through a glorious phase – the creativity in show floors, speakers, social coverage is really nice to see. I used to fly in and out of events – now I linger a bit longer to partake in a back stage tour or enjoy an associated outing.

I went back and reviewed what stood out from the events I presented at, signed books at or participated in this year (see bottom for full list)

Given their diversity they are tough to normalize especially since attendee counts range from 250 to 70,000. So, with that caveat here is my list of items that stood out. 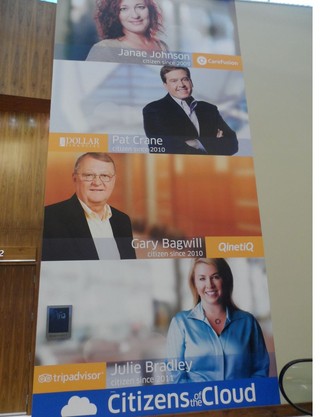 Listening to customers on panels, in their individual presentations and in casual one and ones is a great way to get the customer vibe, and see how they are themselves innovating.

Cognizant Community: The Community format allows customers to relax with no sales pitches and that allows for conversations to flow. As I described here the vibe at one meal “6 non-Cognizant and 3 Cognizant attendees self-selected to be at that  table. And the conversations moved effortlessly from Felix Baumgartner to Peyton Manning to Paul Ryan to some of the presentations during the day.”

Workday Rising: Very differently from other events, Workday also invites a set of sales prospects (over 200 this year) to join its customers at its annual event. And even more impressively, they allow analysts and bloggers to freely mingle with the customers and prospects. That level of openness is a mighty tribute to their confidence in themselves and in the influencers not screwing up the sales process. Workday also honored many of their customers with giant banners (as in photo) spread across the facility

GE Minds+Machines: The Chris Anderson moderated panel with executives from an airline, a railroad, a hospital and an utility was one of the most stimulating I have seen in years. Jeff Immelt, CEO of GE, invoked other customers from around the world. The 6 hour event brought out more real life complex customers with real life challenges than do much longer events.

Insight HCL CEO Vineet Nayyar said he meets 500 of his clients a year! And on this day they sprinkled customers and gave them time to be present at most sessions 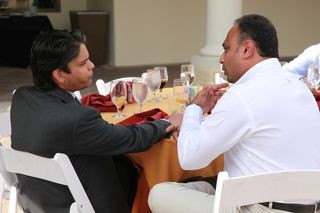 Honestly, events are the worst possible time to expect executive access since they are pulled in so many directions, but some do better than others

Oracle OpenWorld: In a series of “fireside chats”, one and ones, panels, Oracle allowed plenty of access to their Application leadership. I also scored a session with President Mark Hurd.

Cognizant Community: Francisco D’Souza, Gordon Brooks and other executives mingled with the audience throughout the event and were extremely approachable. Francisco (in photo) carries a list of attendees and tries to shake hands with everyone invited.

Tibco TUCON : In one and ones organized with Vivek Ranadive, CEO and other senior executives and plenty of access in well thought out reception areas. 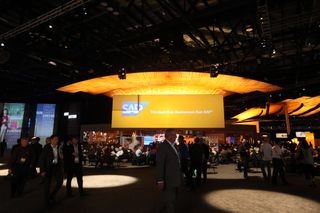 Innovation in displays, acoustics, lighting, expo areas, meeting areas – some of the more impressive ones

SAP SapphireNow: I had written about the superb production last year. In many ways it was even better this year at the Orange Country Convention center in Orlando. It helps to have a one-on-one with  Scott Schenker who is always full of trivia about the SapphireNow production and industry trends around events.

HP Discover: Hollywood touches at the Las Vegas Palazzo convention center. As Jeffrey Katzenberg of Dreamworks ended his keynote, the back of the main stage literally went up and revealed the expo area. See other nice touches in this blog post

Salesforce Dreamforce: The center stage in the middle of the audience at the Moscone Center in San Francisco, gave an intimate, accessible vibe to the speakers and Marc Benioff often moved into the aisles to mingle with the audience. See more here

Oracle OpenWorld: Kudos to Oracle for allowing this blog to stream live several of the keynotes. While most vendors have their own video channels, I hope to stream more such sessions on this blog for the benefit of my readers. 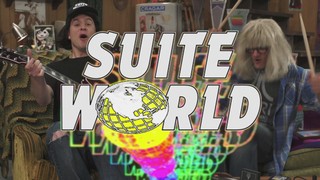 Watching a well delivered keynote at the event is a treat – maybe because so many of them are blah.

Oracle OpenWorld: Whatever you may think of Larry Ellison’s “cloud”, this keynote stood out for plenty of his self deprecating comments, and later in the keynote the effective use of athletes at the London Olympics to demonstrate the emerging world of marketing and social analytics

Cognizant Community: Malcolm Frank, EVP of Marketing is a very good speaker. And to his credit he hardly ever markets his products – he lets his clients do. This year his talk was about the “boiling points” of different industries

NetSuite SuiteWorld: Evan Goldberg and Zach Nelson, the company’s leaders, playfully strutted around in silly Wayne World and Speedy Gonzales costumes – a not so subtle reminder they are a cloud pioneer born in the 90s and that they have had a personal partnership a decade long and counting. 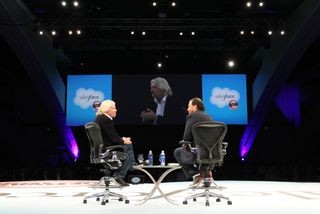 Cognizant Community: An extensive slate of guest speakers including Guy Kawasaki, Chris Meyers, Captain “Sully” Sullenberger of the Hudson River Landing and others as I wrote here 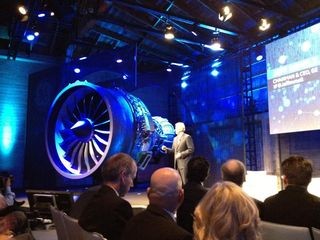 While attendee size dictates many events be held at a large convention center, the smaller venues are often more interesting.  Here are some I enjoyed:

Stanford U: Between the Ricardo Legorreta designed residential and recreational facilities at the Schwab Residential Center and the presentation room at the Business School, the Stanford campus provides a stimulating setting for an innovation event.

Denver Art Museum: Infor’s event was spread across many Denver venues as I blogged here, but my favorite was the Museum where the executive track was conducted.

Aria, Las Vegas: Both the Tibco TUCON and Workday Rising events were at held at this spectacular property – see my posts here and here

W, Fort Lauderdale : The setting on the Atlantic Ocean provided a nice forum  for the Descartes Evolution event as I blogged here

Fairmont, Scottsdale: This resort allowed Cognizant to host various Community sessions in multiple locations, many in the outdoors with the desert fauna, as I wrote here

Dogpatch Studios, San Francisco: Where GE held its Mind+Machines event is an ideal location for product launches and private events. It is also a working studio for a number of video shoots. In photo, GE CEO Jeff Immelt had an awesome prop – his new GEnx engine.

Hyatt Harborside, Boston – where HCL held its Influencer Day, Insight HCL is a stone’s throw from Logan airport and ideal for a fly-in event 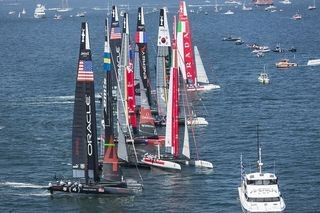 Most events seem to have a rock band evening – nothing against them, but always prefer to get a tour of the event city and its history. Some of the ones I enjoyed

America’s Cup: the prep races during Fleet Week made for a spectacular Oracle coordinated outing (in photo) on San Francisco Bay as I wrote here

Kennedy Space Center: This Software AG sponsored tour of the NASA facility was special because we had former astronaut Norm Thagard as our guide.

SF MOMA: Appirio and Workday hosted a reception in the Haas atrium at the museum during Dreamforce with a theme inspired by the Fritz Lang classic film Metropolis. 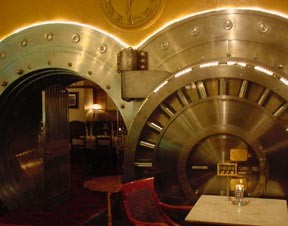 I am a simple eater, and usually end up with heartburn after rich meals, but at events I like to go to organized meals for the camaraderie and to explore where the locals eat. Excellent locations and menus (based on feedback from others with more adventuresome tastes) from this year’s events

Bluestem Brasserie, San Francisco: Susie Penner of Oracle introduced a few of us to this “urban neighborhood” concept a stone’s throw from Moscone Center.

Hotel Vitale, San Francisco: Get Satisfaction hosted a reception during Dreamforce. It was finger food but the Landmark Terrace overlooking the Embarcadero made you linger

Texas de Brazil, Las Vegas: Calvin Zito and other HP execs host an annual pilgrimage during Discover to this churrascaria

Rosewood Hotel, Menlo Park: Oracle hosted a dinner at this beautiful new hotel  on Sandhill Road, home to some of the best known VCs

Broker, Denver Infor had a private event at this historic steakhouse, where you can actually eat dinner inside a century old bank vault (in photo)

Fairmont, Scottsdale One of the best meals I had was in the open at the resort with 6 non-Cognizant and 3 Cognizant attendees self-selected as described above.  And yes, I loved the spinach salad.

One response to “Does your event inspire Jukebox Heroes?”