Why HfS cancelled its 2013 predictions

For all of you waiting on tenterhooks for our 2013 predictions, I am afraid we have some bad news: today, we took the unprecedented step of canceling them.  But why?  Can’t analysts see into the future anymore? 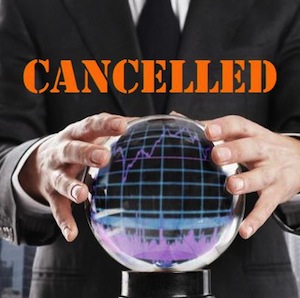 We predict… there’ll be a lot of rubbish predictions

1) Analysts who claim to see the future, without any real data to support their theories, are very, very likely to be talking gibberish.  They are either:

a) Talking out of their behinds;

b) In love with their own verbocity and have lost their grip on reality; or

c) Both of the above.

This time, HfS will base its outlook on the data gleaned from our 2013 State of Outsourcing study, which will include the views, experiences, dynamics and intentions of hundreds of enterprise buyers, providers and consultants.

2) Predictions from “experts” are nearly always wrong and many are just ill-informed rubbish. Not only that, nothing is more off-putting than reading someone’s predictions that are just plain wacky, for example, Jason Krieser of law firm K&L Gates claims that “The Service Integrator Model Is Tested”.  What?  We were talking about this a decade ago.  Krieser is claiming the fact that the State of Texas is “one of the first IT organizations to give it a go”.  When did the State of Texas become a barometer for the future of IT Outsourcing and innovation?  And while we’re having a laugh at predictions based on very shaky evidence, Steve Martin of outsourcing consultancy Pace Harmon, claims we’re in for a major “backsourcing splash” next year simply because Randy Mott fancies stirring things up at GM (which is easy to do when your boss is Barack Obama).  How can you base an industry trend on the actions of an auto manufacturer which only recently survived on bail out money from the government?

3) Our economy is teetering over a precipice in 12 days’ time… won’t that have some impact on proceedings?  In case any of you have been in a coma all year, if Congress can’t figure out a way to even start paying off its $16 trillion debt over the next few days, we could be heading into a sharp recession.  Most likely, they’ll come up with come temporary band-aid measure, but our economy is in serious debt and we haven’t even come up with an initial plan to save it and reverse our horrible addiction to debt.  Now, the outcome of the end of year Fiscal Cliff deadline this could create an incredible burning platform for outsourcing deals to be signed… or it could prolong the painful holding-pattern much of the industry has been enduring since 2008.  It all depends on what kind of deal (if any) Congress can concoct.

So we, at HfS, predict absolutely nothing, except that we’ll all get probably get extremely drunk next Tuesday, Wednesday and maybe Thursday…