The City of Orlando and the Workday contract 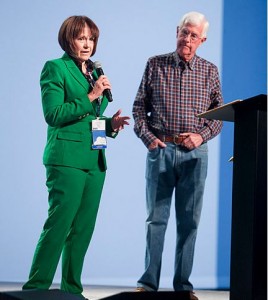 The Orlando Sentinel ran a story “Vendors complain after Orlando spends $ 8.7m on software without bids”

I sent the reporter and the Editor this email

“I read your article and would like to share some reactions. I am a former Gartner analyst and there and since with my consulting firm have worked with a number of enterprises (admittedly more in private than public sector) on ERP projects and hear the same arguments about economics of SaaS versus on-premise software. I am also a technology author and blogger and write on those topics on a regular basis (and objective basis – Workday and many of its competitors are sponsors of my blogs and I have a formal independence policy)

Eric Kimberling’s car buy versus lease metaphor is a bit flawed. He leaves out things like “gas, insurance, oil changes” which are included in most SaaS contracts. In an on-premise license you have to host the software on your own servers and storage, or at an outsourced data center. In SaaS, it is included and hosted at the vendor’s data center. With on-premise you end up with several application management staff to tune the software, staff help desks etc. With SaaS, most of that is included. With on-premise software, there are regular and expensive upgrades for which you often hire external consultants. With SaaS, it is delivered in background. There are several other elements where SaaS provides better economics and service levels. When you add all that up, in my experience, SaaS does much better than on-premise, and the longer tern the “total cost of ownership” calculation, the better SaaS looks.

Now, should Ms. Sutton’s staff have run a competitive bid inviting other SaaS vendors? Could Orlando have done somewhat better? Tough to answer without looking at all the detailed spreadsheets, but you would also need to factor the cost of months of bidding common in government. In the private sector, where most of my experience is, it is tradeoff between time to get started and the potential savings from a competitive bid.

I was in the audience in Las Vegas at the Workday conference and was surprised to see Dave Duffield, the co-CEO invite Ms. Sutton up on stage. I was surprised because in my experience Workday has been adopted by companies like Flextronics with a “fail faster” culture. My book below has a case study on the high-risk, global project Flextronics took on when Workday was in its infancy.

My surprise quickly turned to admiration for Ms Sutton for joining the ranks of progressive companies which have adopted SaaS solutions. I live in Tampa, and while our local government does well, I have long admired your city’s ability to scale into a global powerhouse with your fantastic airport, Lake Nona  and other projects. I tried to find Ms Sutton to congratulate her but did not manage to.

You raise the costs of the team’s trip to Las Vegas. A huge benefit with SaaS that does not show up in spreadsheets is most customers tend to be on the same software release. So their conferences tend to have much more vibrant customer experience sharing than with on-premise vendors where customers are fragmented across releases. So, to me the trip helped introduce the Orlando team to other customers – a nice asset to leverage during the implementation. I would also suppose Ms Sutton took the opportunity,  or will at some point, to sell the Workday team on some day moving the event to Orlando. While the Aria in LV is a superb property, your city can compete pretty effectively for that business.

I am not a Orlando taxpayer, and certainly realize your citizens may not share my enthusiasm, but I thought I would share my thoughts. Thanks. “

One response to “The City of Orlando and the Workday contract”