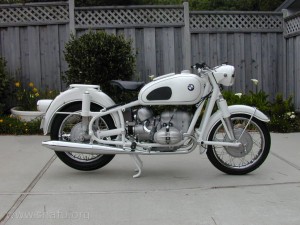 One “killer” scenario was me owning this cycle in college.

Finding best fit HRM software starts with knowing your organization’s needs and then “trying on” software via scripted scenario demos (I’ll get to that methodology in another post), looking for the best fit at the combination of time/money/risk/management attention/etc.  that you’re willing to invest.  Exploring that fit is the purpose of Naomi’s “killer” scenarios.

Naomi’s “killer” scenarios are those business situations (which modelers call use cases) which poke at the places where HRM software is most often weak, poorly thought out, inadequately tested, improperly modeled, suffering from poor architecture, etc. etc.  They’re the corner cases that HR pros deal with on a regular basis, using manual workarounds of all flavors to cope when their software doesn’t.

Since one goal of most HRM software evaluations is to automate more fully the in-scope processes and business rules, it’s best to know up front where each product runs out of steam or worse.  When carefully selected, with malice of forethought as are all of mine, “killer” scenarios reveal not only the functionality matches and mismatches between your needs and a vendor’s software but also the architectural weakness of that software.  Getting at those architectural weaknesses is critical because, while vendors can often mitigate functionality mismatches, at least in the short run, they’re pretty much stuck with their architectural capabilities until they do a generational redesign — and so are you.

But where to start?  This post focuses on one specific area of the fit question:  to what extent does the HRM software in question make the same assumptions about workers and the organization of work as you do?  Rather than checking out the plain vanilla stuff, which most reputable vendors handle well enough, “killer” scenarios focus on the kinds of workers and working arrangements that may once have been one-off exceptions or prevalent in very limited settings but which have become a common part of doing business.  For a core HRMS, some challenging examples could include:

Today’s organizations rely increasingly on these and many more variations on the kinds of workers and working arrangements in order to deliver needed products and services as efficiently as possible and with agility to address changing business conditions.  It’s a very dated notion to presume that our workforce consists solely of our own employees, that they work at a fixed organizational location, and are paid on either a fixed salary or fixed hourly rate basis for each pay period.  But there is both commercial HRM software as well as proprietary outsourcing provider platforms designed around these outdated assumptions and then jury-rigged to accommodate some of the newer approaches.

With respect to the organization of work, some of the “killer” possibilities, again for a core HRMS, could  include:

Clearly HRM software must be able to hire/contract for, provide self service to, deliver compliance for, recognize, deal with, report on, payroll, and manage (in terms of the day-to-day work) all of the quite common variations described here — and cope with changes to these variations that occur during a payroll period as well as retrospectively, retroactively, and prospectively.  If you really want to go for the throat, include a “killer” scenario in which one of these arrangements is permitted in some organizational units but not in others and then change those applicability rules retroactively.

The bottom line. There is simply no better way to evaluate the fit of software to your organization’s HRM and overall business needs than to craft and execute a series of scripted scenario demos.  With great software, which is supported by an interrogatory configurator, prospects can do much of this scripted scenario execution themselves, without much vendor involvement, as suggested by my colleague Jim Holincheck in his referenced blog post.  But whatever the sales cycle or demo tools, unless you’ve laid out your own scenarios and seen them executed, there’s no way to tell how, with what ease/robustness/required manual steps/etc.  the candidate software will meet your business needs.