By Vinnie Mirchandani on January 7, 2013 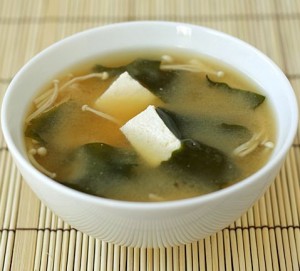 This time of the year, many folks like to look at the year back or the year forward. This old fart has been in and around enterprise software for three decades so I like to take a somewhat longer look into the past and the future.

Here are five of the many trend lines I see:

The MISO soup has gone cold

Bruce Richardson, when he was at AMR Research, coined the acronym MISO in 2006 to describe the powerhouses, Microsoft, IBM, SAP and Oracle. Twice in the last year – first at the Dreamforce conference surrounded by tens of thousands at Moscone Center, and then watching the whopper  of the Workday IPO – it occurred to me we are witnessing a change of the guard. Microsoft’s focus is increasingly (again)  hardware, mobile devices and games. Oh, you hear sporadically about Dynamics, Azure or Yammer, but they are drowned in the world of Kinect and Surface. As they buy more non-Microsoft tablets and devices, enterprises are also revisiting their Microsoft licenses.  IBM, with brands like Tivoli, DB2, Lotus continues to get its fair share of IT infrastructure/middleware budgets, but they also reinforce its image of a legacy vendor with shrinking influence on shifting enterprise software sands. SAP continues its knack of attracting entourages. Its SDN and social networks has attracted legions of its partners. With that amplification, it continued to be noisiest of the MISO vendors.  But that only highlighted how little penetration (less than 1% each) its BYD, HANA, SuccessFactors and other initiatives have had even within SAP’s own legacy customer base, much less the broader market. Oracle has continued to be a factor in data and middleware markets , but after prematurely announcing Fusion, smartly went quiet in the applications space for a few years. It is reemerging with a belated Cloud message and a growing set of investments in the Marketing/Customer experience applications area. MISO is certainly not dead by a long shot. But none impress if you use the innovation benchmark “what percent of your enterprise revenues come from new products introduced in the last five years?”

Another SWITCH is happening

Systems Integrators and Outsourcers, love them or hate them, have been intertwined in any discussion of enterprise software for a while now. In 2005, I coined the term SWITCH to describe the emergence of India centric outsourcers who were challenging IBM, Accenture, EDS and other western services firms. While they continue to collect plenty from legacy SAP, Oracle and other shops, it is remarkable how the definition of service provider has changed in the last couple of years. When you talk mobility, you are more likely to discuss the mom and pop shops in the Apple iOS and the Google Android apps ecosystems, not staff of Deloitte or HCL.  When you discuss hosting and storage, Amazon comes up more than HP or Wipro. When you discuss a Salesforce implementation, you are more likely to consider Appirio than Cap Gemini. When you discuss outsourced data scientists,  the crowdsourced Kaggle model comes up as much as a fat proposal from Accenture or Infosys. When you think of the marketing domain you think of digital agencies, the modern version of Mad Men, not IBM.

The number of market niches continues to grow even with all the idle talk of “consolidation” of enterprise software. Specialized vendors continue to survive and thrive. First there is what I call the “Brainiacs” – vendors like VMWare which helps optimize IT infrastructure, Splunk which helps discern patterns from machine data, Tibco and Software AG which help companies analyze complex event patterns, Cloudera with management capabilities to supplement open source Hadoop shows up in most Big Data discussions.  Then there are vertical, business process and geographic niches. NetSuite has positioned itself as an affordable, reliable Tier 2 solution to many global companies. It has also gained traction as many smaller retailers look for a cross-channel platform to support web and physical store commerce. Infor continues to do well with Lawson in healthcare, Descartes continues to nurture several logistics communities, Adobe is expanding its enterprise presence with its Marketing Cloud, Unit 4 continues with its European reach.

Data is eclipsing the Cloud

For the last few years, the cloud as manifested in Software-as-a- service, Platform-as-a-service and Infrastructure-as-a-service has dominated enterprise debate,  if not the budget. That budget is about to expand significantly as the CFO influence on software evolves (see next point).  Increasingly, though, the opportunities around data are even more exciting. Enterprises are learning to triangulate data from multiple internal and external sources. GE’s vision of the Industrial Internet turns aircraft engines, wind turbines, MRI scanners, locomotives and so much more into data sources. Social media is generating marketing analytics by the truckload. Brokers are emerging to create even more data families.  Most vendors are positioning their tools – the keys to success are meaningful, often exotic data, and the  new “hot skill”:  data scientists who recognize meaningful patterns in the growing mountain of data.

Through the spate of early ERP and BI deployments in the last decade, the finance function disproportionately was the driver for enterprise software.  More recently the CMO and the VP of HR have emerged as strong buying centers. As the Internet of Things continues to gain traction, asset management and maintenance groups are increasingly driving predictive operations related software decisions. Oh, the CFO is still very influential, especially with many a CIO reporting up to them, and they are now starting to question the large legacy software maintenance and outsourcing checks they have written the last few years.

One response to “Enterprise Software the secular trends”