Reviewing 2012 and Preparing for a Successful 2013

By Evangelos Simoudis on January 8, 2013 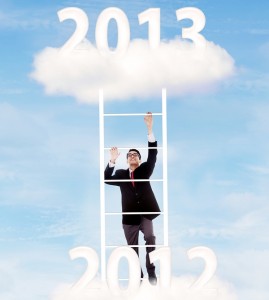 Happy New Year!  After a longer than normal holiday break, I’m taking this opportunity to reflect on 2012 and provide my early thoughts regarding investment activities in 2013.

During 2012 50 companies went public, the most of any year since 2007, but only 8 venture-backed companies during 4Q12, the lowest number in any quarter since 2009.  The $11.2B raised through these IPOs was the most since 2000, though most of it came through Facebook’s IPO.  M&A proved a little more disappointing than in 2011 with 433 deals valued at $40.3B completed, compared to 548 deals valued at $49.8B that were completed during 2011.  Because of the uncertainty surrounding the US economy, due to the “fiscal cliff” and the associated tax issues, corporations appeared to be holding back on acquisitions, especially during 2H12, despite their healthy balance sheets.  I don’t see the liquidity environment changing materially during 2013.

Late last year I wrote about the overall VC investments during 2012, and the financing terms (including valuations) that private companies with certain characteristics were able to negotiate putting entrepreneurs and management teams in the driver’s seat.  However, by the end of the year it also started becoming apparent that during 2013 seed-stage startups will face a financing crisis and most won’t be able to raise new capital.  Over the past 3-4 years angel investors (casual and experienced) funded too many companies that have weak teams, undifferentiated IP and debatable business models.  Therefore, in my opinion, the expected “pruning” of early stage startups will be welcome.

Many venture and private equity firms will attempt to raise new funds during 2013.  The LPs remain skeptical of the ability of venture and private equity to provide them with yield. Because many investment firms will be in fundraising and even more firms have reached the end of their funds with no hope of raising new pools of capital, I expect that during 2013 we will see an investment slowdown with fewer new financings overall compared to what we saw in 2012.  Investors will focus their investments on existing portfolio companies.

As we look into 2013, we also take into account the following observations from 2012:

Because of these trends and observations I expect that during 2013 we will continue to focus on investments in companies that develop: