Can We Ignore Churn Early On at a SaaS Company? 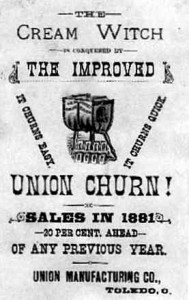 Jason Lemkin has my juices flowing again.  He’s published a blog post with the suggestion that you should ignore churn and length of sales cycle as key management metrics when a SaaS company is young.  I’m with him on the Sales Cycle–it’ll be all over the map in the early days.  But on churn?  Nope, I am diametrically opposed.  In fact, I am so opposed to the idea of ignoring Churn that I’m going to have to get downright Medieval on the idea.  It’s going to be a bit of rant:

Churn is good, churn is right, it clarifies and cuts through to the essence of the evolutionary spirit…

Oh wait, that’s Gordon Gecko talking about Greed.  Let’s get back to Churn and why I think it’s a huge mistake to ever ignore it for any stage SaaS company including the very earliest.  I will extend this to any company that sells subscriptions to anything, and not just SaaS software companies.

First thing I want to acknowledge is that Jason is very clearly speaking about SaaS companies that are similar to his Echosign experience.  He talks about things like 7 figure SaaS deals.  For companies like that, who regularly do 7 figure deals and who are VC-backed, he is closer to being right, but I still don’t believe it is good advice for those companies to ignore churn.  Here’s why:

Jason says, “Because SaaS done well, is sticky … and once you get a Great VP of Client Success, Your Churn Will Go Down.”

(The boldface is his.)

That argument became circular right at the point where we stipulated that “SaaS done well, is sticky.”  You won’t know if you did SaaS well if you ignore Churn because you can sell software that isn’t good enough to get people to renew.

Jason seems to use the ability to close the deal as the litmus that the software must be good enough to be likely to renew simply because it sold in the first place.  This only makes even a little sense for big ticket sales so this is where Jason raises the 7 figure note, but it is still a circular argument.  Yes, closure of the sale means the problem being solved is sufficient to warrant a 7 figure expenditure.  Yes, the Sales Cycle around a 7 figure expenditure means there was some diligence done on the software.  And yes, Jason’s experience was that his company and likely others he talked to had low churn without trying.

Unfortunately, there is a simple existence proof that this is not always the case–there is tons of Enterprise Shelfware out there.  Companies bought it and never installed it.  Or they bought it, intalled it, and nobody would use it.  It’s even more common for the more expensive software because some centralized decision making organization wants to impose a solution on the troops and the troops aren’t having any.  Or some change rendered the software moot.  There are companies who make their living coming in to find what you’re not using any more so you can quit paying for it.  Sure, you should know about this well before the renewal date comes up, and you should figure out how to get past it, but whose job is that in an early stage startup?  The Sales Guy is off closing the next deals and calling on all of his minions to help sell more ASAP.  If the CEO doesn’t call out Churn as a top priority, it won’t get done.

Come on, we’ve all bought a subscription to something we didn’t renew.  It’s one reason companies make it so hard to cancel–because it happens so often.

Before going on, every Exec Staff Meeting needs to do a Customer Success Review right after the Sales Pipeline Review every single week.  If you don’t have a VP of Customer Success, get your VP of Prof Svcs to do it.  You need to know the status of every customer in implementation (roughly corresponding to sales “prospects”), what the issues are, and when is the go-live (roughly corresponding to when sales will close the deal).  The review must also cover the status of everyone live including any problems being reported.  Do it every week just like the Sales Pipeline Review.

Now let’s consider a different kind of SaaS company.  Something more like an SEOMoz or perhaps a Marketo.  They don’t charge 7 figures.  SEOMoz doesn’t sell many seats into an org and the seats are cheap.  Marketing Automation companies have this problem that if they let customers pay for them monthly, the customers will turn the service on and off and only buy it when they need to refill the lead pipeline.  There is ample possibility in such lower price lower friction scenarios to sell a product where everything was hunky dory during the Sales Cycle, the deal closed, they went live, they even used it a bit, and then they decided it wasn’t helping.  And they didn’t renew.  And you got horrendous churn.

Failing to make renewal the path of least resistance

I am a big believer in what I call the “Gas Pump Theory of UX Design”.  People take the path of least resistance.  At most gas stations in the US, people read left to right, so they put the most expensive grade of gas on the leftmost button.  Or they stick the cheapest grade in the middle, out of order.  If you’re not thinking about what you’re doing, you just bought their highest margin product.  So it is with renewal, especially on subscription products that are not absolutely mission critical.

Companies these days are reasonably focused on the Growth Hacking associated with web site conversions and landing pages.  It uses this path of least resistance a lot, and Growth Hacking gets the business.  But I wonder how many are focused on Growth Hacking to keep the business?  Since Saas compounds, this is very valuable Growth Hacking indeed.  Put another way, we often hear things like it costs 7X more to get a new customer than to get more revenue from an existing customer.  Note:

If your existing customer doesn’t renew they are no longer a customer.

If that happens, you just spent that 7x or some such to replace that revenue because you failed to make renewal the path of least resistance.  You just did the complete opposite of the compound growth SaaS is justifiably famous for.  You just invested the bulk of the expenses you will ever have around that customer while limiting the lifetime value of the customer to the lowest it can ever be because you weren’t worried enough about Churn.

Doing it right means worrying about Churn enough that a new Sales Cycle is to be spun up to ask for the renewal sale in time to get it done.  That Renewal Sales Cycle can mean anything from sending a Rolex-clad Scratch Golfer straightaway to Customer X’s Headquarters to meet with the CIO to starting a drip email campaign to having the product itself remind you the clock has started counting down.  It can mean having a “man overboard” promotion that fires up if the customer is more than X days late with the renewal.  You might choose to be proactive and offer the discount for early renewal.  If you plan to raise prices soon, something every young SaaS company should be looking at annually, time that so that it happens right after the quarter where the largest number of customers need to renew.  Then go talk to them before that happens and give them a sweetheart deal.  You’ve got the old Colombian lead (we’re raising prices) or silver (renew early and get a deal) working in your favor.

BTW, customers don’t like it if you only call them when you want more money.

This Renewal Sales Cycle needs all the same Growth Hacking expertise your original sales need.  At Callidus, the Sales Rep that closed the deal originally was responsible for the Customer’s continued satisfaction.  Consider doing the same until you can afford to have a handoff Customer Success Rep.  Make it that person’s responsibility to secure the renewal and quota them on it.

Don’t wait for the all too common scenario where you get to your renewal anniversary for the original customers and golly, churn looks high.  But someone says, ”Let’s wait a bit, those were some of the first customers, they’re not telling us much about why, and they probably just weren’t a good fit.”  So you wait another quarter or two and eventually get to the part of the cycle where a surprising number of customers didn’t renew and then you’ll wish you’d known why and fixed it a lot earlier.

Churn is a measure of Customer Satisfaction.  Every Churned Customer is a Bad Reference for your Company and Products.

One could argue Churn is the only Customer Sat Metric that really matters.  It’s the one where the customer is putting their money where their mouth is.  As an aside, there’s another good one where you call them up and tell them you need to raise your prices, but that’s another story.

A Churn Rate that’s too high means low customer satisfaction, and that ultimately goes directly to your ability to close new customers who try to speak to these old non-renewing customers or customers who barely got up the gumption to renew about your product.  The non-renewers are going to be the worst form of reference.  They’ll say things that are friendly and happy on the surface.  They won’t directly shoot you down in most cases.  They’ll just opine that, “Great product, but didn’t quite solve our problem.”  Like any reference call, there’ll be an undercurrent to the tone that makes your Spidey Senses tingle.

Worse, if you are not proactively all over Churn, you’ll inadvertently put prospects in touch with customers you thought were happy, but that are actually not going to be renewing.  They may not even realize it yet, but they won’t be able to articulate a strong enough case for the product because somewhere in their gut they know there are problems.

Everyone, including Jason, recommends you commit almost unnatural acts to ensure the success of your first reference customers.  If they don’t renew, they are not successful.  If you gave them the software or made it so ridiculously cheap, they didn’t really renew either.  Not in any meaningful way.

Every Churned Customer is a Bad Reference for your Company and Products.

Churn is at the Bad End of Compounding

One of the things we love about SaaS is that it compounds.  But Churn is at the Bad End of Compounding.  It cuts off the compounding and reduces it to linear growth at the absolute worst time–the latest possible time before the customer would’ve paid in more revenue.  That’s the point where the line on the revenue graph that represents compound growth is the furthest from the line that represents linear growth.  As I’ve already mentioned, it’s the point where you’ve invested the most in the Customer for the least return.

CEO’s, let’s be careful out there.  A customer is a terrible thing to waste.  Don’t let them Churn.  Renewals are not an entitlement, they are something you earn.

8 responses to “Can We Ignore Churn Early On at a SaaS Company?”