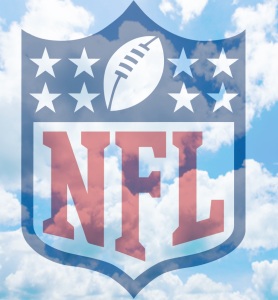 Watching the playoffs this weekend, I chuckled when I saw SAP is the NFL’s Official Cloud Software Solutions provider.

Not sure how much it cost SAP but they are clearly eager to be considered “cloudy”. Since the revenues show a tiny cloud profile (prelim 2012 results show cloud revenues at EU 270 m in IFRS, and EU 342 in non-IFRS.  In each case about 2% of total revenues), they clearly have to raise their cloud marketing profile.

And to put out clear-as-mud statements like below to claim cloud revenue is at a run rate of EU 850 million.

The growth rate in new and upsell subscription billings relates to SAP cloud applications business (excluding Ariba); the annual revenue run rate includes Ariba (before any future growth) and is derived from the total revenue of SAP’s two cloud segments.

But even that is still only 5% of revenues.

The sad thing is SAP has already spent years and billions in development dollars with BYD and in SuccessFactors acquisition dollars. And as Rick Sherlund at Nomura says internal justification for more cloud investment is tricky

We believe that there may be some conflict internally over the appropriate level of investment in the newly acquired SaaS businesses, having to balance its own margin targets against the desire to spend aggressively from its SaaS properties.

In contrast, the NFL sponsorship looks cheap. As would a Super Bowl ad, even at $ 3.5 million for a 30 second slot.

One response to “SAP cloudwashes its image”