End of an Era: Intel Exits the Motherboard Business

There are two seminal moments in m personal history that explain why I ended up in the technology industry.

The first was when I first encountered a BASIC compiler in the 8th grade and discovered that I could write a program, store it on a cassette tape (that I later upgraded to an 8″ floppy drive) and make the computer do things, however trivial it was.

The second event was prying open my computer, not the TRS-80 that I learned BASIC on, and swapped out components. An entirely new world opened up to me when I learned about all the cool things you could do with the BIOS. The driven curiosity I had about the hardware, software, and the points of intersection led me to accumulate boxes of parts, many computers, and a continued fascination with how they all come together. 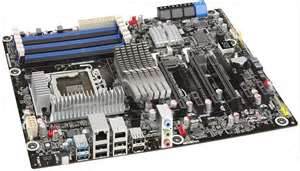 It was with a tinge of sadness that I read today that Intel is pulling out of the motherboard business. As it relates to the overall hobbyist market, Intel’s exit is hardly earth shaking because they are but one supplier and, arguably, not a very good one compared to Asian motherboard (mobo) manufacturers.

However, there are two aspects of this story that I find melancholy, the first is that we are clearly moving away from a desktop personal computer experience and that move is accelerating. In the near future it is entirely rational to expect that desktop computers will no longer exist as a product category, giving way to integrated home media devices, mobile, and laptop as desktop replacements.

I am not entirely saddened by this as I have not had a desktop computer in many years, and alternative form factors are available that dramatically shrink the footprint of a desktop PC to that of a brick. The form factor does not matter that much.

The second observation is more disheartening and that is the move to highly integrated hardware that does not allow for customization and component replacement. If this trend continues, which it almost certainly will, we will end up in a hardware market where socketed components are no longer available. you will get it the way the manufacturer intended or not at all, or you will have to be satisfied with components that are of older generation and lower capabilities.

One response to “End of an Era: Intel Exits the Motherboard Business”