The end of the social enterprise? 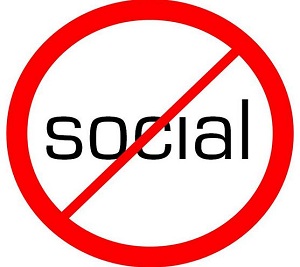 Peter Goldmacher at Cowen and Larry Dignan/Dennis Howlett at ZDNet have painted in the last few days a bleak view of the social enterprise.

It is interesting to read their comments in a week which starts with the Connect event which showcases IBM’s attempts to reposition Lotus Notes as social, and ends with the Super Bowl, which for the last few years has seen social media extend the life and reach of an exorbitant 30 second TV commercial ( priced at close to $ 4 million this year).

You could call it “old” versus “new” social. Actually, better to see it as “internal”  versus “external” social.

Internal social has been somewhat disappointing the last few years. As I have written often, the Enterprise 2.0 category has been long on volume and short on value. But if you look beyond vendor happy talk, and see what creative companies are doing, there is definite reason for hope. GE has used the Facebook App, BranchOut and LinkedIn to cut out headhunting fees for the majority of its 25,000 openings. That’s real payback.  Toyota has extended social to the Internet of Things by using salesforce Chatter as its platform which connects its electric vehicles, customers and dealers. Both the GE and Toyota use cases are being applied in a number of other industries.

External social is far more exciting, though not  necessarily for the software tools. As I saw in during the Republican convention last year, my city enjoyed an impressive improvement in positive perceptions.  But it relied on BarkleyREI to set up a social media command center with tools like Radian6. My city did not invest in buying those tools. Larger brands are similarly expecting their agencies to do much of the social monitoring.  The role of an agency is expanding as companies try complex campaigns across “all three screens” and print and physical world. We will see plenty of that this weekend as this article says “Super Bowl ads provide that opportunity from having people post their ideas and videos for an ad like Pizza Hut is doing to unveiling the ads on social media to having contests or promotional codes that drive people to a social media site to having the conclusion of an ad on a social media site”

Lots of exciting social, high payback stuff is being done by many customers. It would be a mistake to use quarterly results of software vendors to give up on social.

One response to “The end of the social enterprise?”