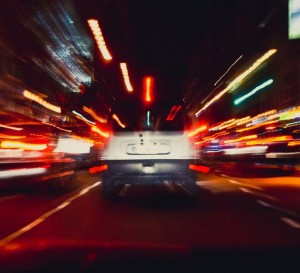 This is the first of a series of occasional blogs whose main purpose is to make other people very rich.  I mean, heck, I’ve got enough, or at least I would have enough if my family couldn’t read the word “Sale,” in department stores.

So how can YOU get rich from my idea.  Build an app that does it.  I explain how the app works, and you go ahead and do it.

This first idea is pretty simple, but the app might be hard to build.  That’s OK.  You don’t usually get rich without talent.

The idea is to take advantage of something we’ve all observed:  that management slows projects down.  Not deliberately, mind you; usually, they want to speed things up.  But all those gates and calendars and (with top, top management) staff that surround management make it a big production just to get hold of these guys.  (And it’s usually “guys,” I’m sorry to say.)

Now this makes no sense at all, if you think about it from the enterprise’s point of view.  A team of busy, talented people who are being productive should never, ever wait around twiddling their thumbs for weeks until it’s time for their half-hour with the boss, who will usually make a decision in a split-second.

So what I propose is an app–or really, a series of apps, which I’ll call “unscheduling” apps.  They’re designed to short-circuit, circumvent, avoid, get rid of as much of the ceremony and delay associated with decision-making as is possible.

I believe that small, simple apps that make incremental improvements are always better, so let me  give you a few examples of what I mean, all of which are indeed very small improvements.

**  Da De-Delayer:  Your Table’s Ready, Sir.  You know the problem.  That really great executive just happens to be running late.  Everybody else’s schedule gets thrown off.  So do for busy executives what many restaurants already do for their patrons:  send them an alert when their meeting is actually about to start.  In the meantime, all those people waiting can do something productive.

**  Da Agendifier.  Make it possible for the people who are asking for the meeting to put two lines or so right in the calendar that says what question is being asked or what decision is being asked for.  This has to be readable at a glance.  As with Twitter, only giving people 140 characters makes for a needed concision.

**  Da Snooperintendent.  Back in the days when people were co-located, managers would drop in from time to time and a lot of stuff would get settled.  Nowadays, that isn’t possible.  Your manager is in Bangalore or someplace and aint’ dropping in any time soon.  So give the manager a virtual place where they can drop in and say hello and sniff around.  The group that’s working on something would keep a live description of what’s going on Now:  what people are working on, questions that are coming up, issues.  Next to each notation would be a presence indicator for each of the people involved.  The manager would be able to drop in at any time, then be able to send messages or, if they were present, videoconference the people involved.

Da De-Synchronizer.  Meetings, which require synchronous communication, are much more expensive than a chat or e-mail exchange, which are asynchronous.  So give people who want to talk to a busy executive a choice of two schedules, the synchronous (we’ll see each other face to face, eye to eye, mano a mano) and the asynchronous (I’ll spend xx minutes reviewing this and get back to you by XX).  The executive then spends part of his (or her) time on each schedule.

I can go on and on, but there’s no need to do this, because you can see what I’m trying to do.  Whenever possible, try to give people more control over their (mutual) schedules, get right to the point, and try not to waste a lot of time when something simpler would do.

Comments welcome, of course.  And of course if there are apps that really do any of these things already, feel free to boast.

One response to “Speeding Up the Enterprise”