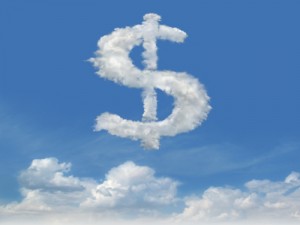 Look, we know the old truism that if you don’t have customers and profits you don’t have a business, you have a hobby.  But could we please get a little balance on the profit idea?

Emerging companies typically don’t declare profits because they use excess cash to fuel growth.  Anything left over is plowed back into the business.  If the company is public, its stock price rises not because of some magical ratio of earnings or dividends to share price, but because the money the company invests in its people, processes, technologies, research and development and products make it a more valuable entity to anyone looking at its future.  The mini-computer makers were famous for this.  I recall Digital rising to $199.50 per share with never a dividend.  It’s a good model.

This is the basis for my argument that subscription companies are being given short shrift by Wall Street analysts because they apply metrics more in tune with the manufacturing era than the information age.  You might disagree because companies like Salesforce, NetSuite and many others not yet public get plenty of attention.  But that misses the mark.

Because the analysts don’t track things like unbilled deferred revenue, a measure of how much money is under contract but not yet on the books, they don’t get a realistic view of a subscription company’s health.  And since the analysts influence who buys what stocks and at what price, the market pricing mechanism in the stock markets may not be giving subscription companies — or investors —a fair shake.

I caught up with Tien Tzuo last week to discuss this.  Tzuo, you may recall was CMO and chief strategy officer at Salesforce before co-founding Zuora, the subscription billing and finance company.  Say what you want about Tzuo but he isn’t shy when it comes to expressing his ideas about subscriptions.  Last week he was seen speaking on CNBC and wrote an article for All Things D on subscriptions with NetFlix’s recent stunning 40% appreciation in the background.  He believes some companies’ meteoric growth spurts are directly attributable to eschewing conventional Wall Street wisdom regarding profits and earnings.  The examples he gave me say a lot.

“Salesforce vs. WebEx.  For years, WebEx was on a growth path that was 6 months ahead of Salesforce’s.  Then they went public, and listened to Wall Street’s insistence on earnings.  Wrong move.  Salesforce ignored it, overtook WebEx within 6 months after WebEx went public, and went on to soar to much greater heights.

“Successfactors vs. Taleo.  Same thing, Taleo cared about earnings, SFSF went contrarian and said, ‘Hey not only are we not going to show earnings, we’re going to spend all our IPO money on growth, and show losses for years.’  SFSF started off a fraction of Taleo’s size, overtook them, and wound up with a $3.4 billion exit [SAP bought SFSF in 2012] which was almost two times greater than Taleo’s [Oracle bought Taleo for $1.9 billion in 2012].

“And finally, to bring it back to current events, Netflix.  They didn’t listen to Wall Street (they never have); they knew their strategy was focusing on customers, and customers more and more want movies anywhere, on any devices, not just on DVDs, and they followed their customers’ lead.  This week when the stock soared 40% higher was a big vindication for them.

Tzuo has a point and essays like his and speaking out are ways that the establishment eventually changes.  Of course this isn’t a statistically valid study though I am sure such things exist but it does raise some important questions.  If Wall Street is not valuing subscription companies correctly it is causing a lot of money to be left on the table.

Traditionally, it takes the establishment some time to come around on a shift this fundamental.  After all, we wouldn’t want standards and controls to change so frequently that they failed in their primary mission.  But at the same time, as a wise man once told me, no one should have to be hit over the head with an old tire tool to see what’s so plainly obvious.

All this affects CRM because the financial analysts have a great deal of influence.  But too much influence can inhibit companies developing the next great application by preventing capital formation where it’s needed.  Given how much of CRM and social are delivered as subscription applications by emerging companies today, it’s a concern.  So Wall Street really does need to kick it up a notch or two.