VoIP and Other Communications Tools 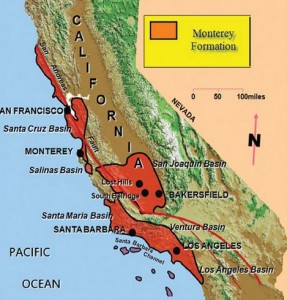 Back in 2008 we started publishing extensively on the notion of Peak Oil and its pending and growing effect on business and life in general.  Peak Oil is the theory (and theory trumps hypothesis or just plain opinion) that there is only so much oil in the ground and that you can only extract it so fast.  When you reach a peak rate of extraction you need to figure out how to curtail consumption or pay increasingly high prices for anything related to the cost of petroleum.

Many people quit analyzing that last statement when they think about the gas pump but oil permeates every aspect of modern living from the rubber in the elastic waistline of your tighty whities to the fertilizer that grows your food.  We reached Peak Oil in about 2006.  Though we continue to find new oil reserves, however, older reserves continue to diminish so that the overall trend is stable and heading lower.

This article from the New York Times earlier this week might be reason for optimism but a knowledgeable assessment might only show reason for caution.

It’s widely believed by petroleum geologists and engineers that the planet still contains about 900 billion barrels of untapped oil (down from 2.5 Trillion bbl. in 1859) and some of it is either unreachable using currently technology or so expensive to get at that it will raise pump prices when it comes to market.  The article cited above is a good example of oil that is now within reach thanks to modern drilling techniques.

Then, too, there is the issue of quantity.  The Monterey Shale referenced above, whose untapped deposits are estimated at 15.4 billion barrels, is a case in point.  Although the deposit seems like a lot, in a world that has an appetite for about 80 million barrels of crude oil per day, this whole deposit would last less than a year if you could get it out fast enough, and you can’t.

Most of the remaining oil on the planet is found in such small deposits, which adds significantly to costs because each deposit has to be found, drilled and brought to market and none of those activities are free.

This post has a VoIP headline and it is, indeed, about that though I needed to give you some context for why I think VoIP is important and why it’s just the hint of a big opportunity.  Higher transportation costs driven by high oil prices are already causing people to change their travel patterns and it is reasonable to think such change will continue.  Into that reality, VoIP with its ultra low costs and the add-on technologies that are also available makes a good deal of sense.

That’s why we strongly believe that technologies that make on-line video mediated meetings easy to do — without the intervention of a host — will gain in importance and could possibly become another part of the extended CRM suite.  Today it’s voice over IP but that’s table stakes compared with what’s possible and what will be in demand in the near future such as whole conferences.  Our advice is to keep an eye on all kinds of VoIP providers and their infrastructure brethren.  If you can’t go to the business, the business might be able to go to you.

4 responses to “VoIP and Other Communications Tools”