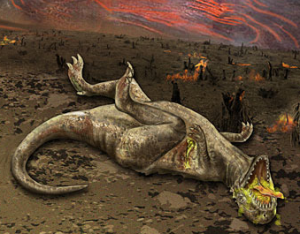 I am a big fan of Clayton Christensen’s “Innovator’s Dilemma”. and his other writings. My blogs and books similarly celebrate disruptors and innovators.

But, “Dilemma” first came out in 1997, and I think we need to acknowledge how companies which should long have been disrupted and dead continue to survive and, in many cases, even thrive. An incumbent can coax, coerce, even cheat a path away from oblivion.

Take American Airlines, a company which has suffered a thousand cuts and still somehow hangs around even as disruptors players like Southwest, JetBlue, Virgin America and others have shown customers a much better product.

It is an airline I try to avoid. The last time I flew  them was because Delta cancelled and put me on American. The plane was so old that stuffing from the seat back poked my knees. The flight attendant insisted no one was allowed to stand behind him while he was serving (so forget going to restroom). Upon landing, I asked the pilot if that was a security procedure unique to American . Upon seeing I was talking to the pilot, the attendant came up to me and asked for my  name because he wanted to report ME to the FAA. I walked away actually empathetic to the hostility of their employees, battered as they have been for decades.  But American does not care about an occasional flyer like me. It has plenty of loyal customers in Chicago and Dallas – two of its major hubs where thousands of its customers like the convenience of OHare over Midway and DFW over Love Field. And look at how it managed with its alliance with British Airways and its AAdvantage mileage program to continue as a major global carrier with access to lucrative business class fares even with dated equipment and hostile employees.  And look at how Congress allowed them to shackle their domestic competitor, Southwest . The Wright Amendment enacted in 1979 restricted SW from flying non-stop from its HQ city, Dallas (also American’s) to only airports in adjoining states. It was repealed in 2006, but with some restrictions that continue till 2014.  8 more years of protection!

The American story – grudging but still loyal customers, ruthless lobbying, focus on profitable routes, other barriers to entry – has been replicated in so many markets.

Look at enterprise software. Open Source, Third Party Maintenance, SaaS have dented huge maintenance revenues, but they have not shrunk significantly. So much so that SAP has actually tried to increase prices – twice – in the last couple of years, when costs of offering that service have actually declined. As I told Dennis Howlett recently “SAP has been offshoring support, moving first level queries to be often resolved in SCN, automating help cases, reducing investment in new functionality for old products”

Or take AT&T global mobile roaming. The rates stay high in spite of VoIP, competitive startups, even competition  from Sprint and Verizon which allow you to swap SIM cards in their iPhones.  You have to admire its lawyers and lobbyists that the EU has capped intra-Europe roaming charges, but left alone rates for calling back to the US.

Printer Cartridges. Enterprise hosting.  Systems Integration fees. I could go on and on.

Clayton was recently quoted saying “Just like I pray for Harvard Business School, I pray for Apple” as he projects the impact of MOOC on higher ed, and of everybody gunning for Apple.

I think he and others should move his framework forward. To include models on how incumbents refuse to die. We don’t have to celebrate American, AT&T or countless other incumbents. But we should factor their advantages which allow them to keep going.

So, while I profile next-gen education startups like Coursera and Udacity on the innovation blog, I continue to respect the alumni networks, the endowments, the R&D funding, the non-academic (like athletic) recruitment advantage established universities will long enjoy.