Breaking Down Silos with — Who? SAP? Seriously? 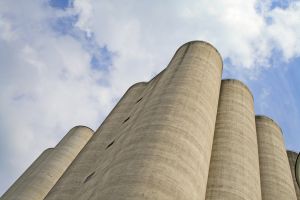 Yes, I am serious.

Of course, as everything else – it is all in context.  Hear me out…

I was in Mexico last week for SAP Forum (a well attended event where over 5,000 people went to discuss the current and future state of SAP and Enterprise Software in Latin America).  As in Madrid for SAPPHIRE last November, SAP was showcasing Customer 360 (I hope I got that name right, I am not the best at remembering branding-driven names) using HANA.

One of the things I saw was the same demo of HANA for segmentation (part of the second day keynote) – and no matter how many times you see it still seems very cool – go from 20 million records to barely 7,000 by just clicking a few buttons on your iPad – in real-time… if you ever had to do that in non-real-time using a web interface (or worse, a client-server application) you know how cool that is.

Alas, more interesting to me was some of the other examples that SAP was showcasing for HANA and 360 – which did not make it to the demo but were very, very cool.  There was one that I found sufficiently intriguing where any task or action you do on your  device can be automatically (rules-driven, of course) added to your CRM system as a task.  This is very interesting, as it basically becomes a silo-buster (as the title says) where any system can automatically (via rules and analytics) be added as data to any other system – versus the current model where you have to enter the task manually (once in each silo) after you completed it.

There were some indications the last couple of years that something like that was coming – one of the CRM Idol competitors from year 1 (AddressTwo) had an automated email attendant that did something like this, but they did not improve it from a simple mailbox attendant.  Other vendors did something similar, but no one took it to the point of full automation.

And that is what I like the most about this (there were a few other case studies where information entered into CRM was immediately vetted and cross-reference with social and other data for MDM (Master Data Management) functions – but not a lot of work done on that yet, or a clear case of automating connectivity and functionality yet.

And therein lies the silo-busting features I mentioned in the title: automation via rules-processing (tied to analytics – vis-a-vis HANA – to make sure we are looking at the latest, greatest, and relevant data and information) has the ability to bring, “automagically”, disparate systems together and make two into one.  Cloud-based infrastructure makes it ever easier – by making the systems that are remote easily (and safely) accessible as well.

All in all, a good move forward.

I am not going to say SAP is the only vendor doing this, but they certainly are one of the early innovators in this world — of course, the dreaded SAP Dichotomy can still kick in and ruin it… but I am encouraged and an optimist.

What says you? Agree that silos are breaking? Can SAP make it happen? Otherwise, who?

disclaimer – SAP is a client of thinkJar and they paid for my travel, hotel, provided me some meals, and the crappiest, worse-ever WiFi while at the event – but since it was in Mexico won’t fault them for the WiFi.

3 responses to “Breaking Down Silos with — Who? SAP? Seriously?”