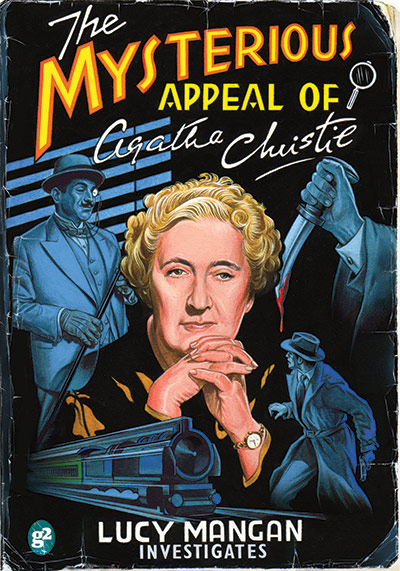 Those who know me well know that one of my greatest pleasures is opening, literally, a new mystery book of the British cozies flavor.  These are the types of mysteries written during the Golden Age of British mysteries by the Queens of this genre: Agatha Christie, Ngaio Marsh, Dorothy Sayers and Margery Allingham.  I so wish these amazing authors were still writing, but fortunately they all left very large collections that I’ve enjoyed reading and rereading over the last 60+ years.  And of course there are many, many other authors of this genre, some of whom are very much alive and well and writing.

I’ve been inspired by these authors and their work, and I’ve often thought that there’s a mystery series in the characters and settings of our little neighborhood at the intersection of HRM and IT.  Nothing ugly or violent or with too much sex, just little cozies that take place among a tightly-knit community with suspects galore, the occasional closed room murder, and a clue under every iPad.  And today’s Twitter exchange about how slowly self service is rolling out (when it should be ubiquitous by now) got me thinking about where to start my series.

First up, “Death by Lousy HRM.”  Then, Mystery of the Missing High Performers.”  Followed quickly by “Career Death at Late Adopter Inc.”  Lots to think about here, and I’ll need some continuing characters.  But I think I’m seeing a little something to do with my “idle” moments, should I ever have one, that would allow me to tell tales of technical debt, reveal the murderers of best practices, and put the suspects through the ringer.  Now who should be my first victim?