Let’s Hear It for the Ecosystems! 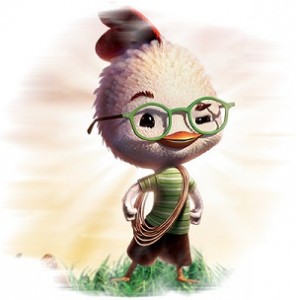 Could we have a moment of sustained loud noise for all of the companies that form the various ecosystems around major product lines?  I mean it.  The ecosystem, and maybe not even social, is the story of the last five years.  While many of us have been running around like Chicken Little talking up the advantages that social will bring us, the ecosystems and the companies that make them up have been growing and adding immeasurably to the customer experience. Consider some of these points.

Ecosystems have made possible the promise of long tail applications.  In case you’ve forgotten, a few years ago we all couldn’t talk enough about the “long tail.”  It was the place on the Bell Curve where markets are thin and though there might be considerable need, there are few solutions.

Well, the long tails represent areas where there might be demand but markets are thin.  A company might buy a hundred seats of SFA but relatively few seats for things like document signing management (exemplified by DocuSign, just to pick one).  But if a company only buys few seats then a vendor has to work harder to bring in revenue or the vendor has to raise prices to a level that makes the numbers fall apart.

For document signing the alternative was to use overnight letters to send contracts back and forth for signatures or fax machines and email for edits.  That all has a cost in efficiency and opportunity but those costs are hidden and as long as the overnight letter is the state of the art that’s what we do.  The alternative of paying big bucks for automation just doesn’t work out even if you can demonstrate an ROI after a couple of years.

But along comes the on-line store and suddenly all kinds of apps that were un-economical but needed, have a different framework.  Customers can buy document signing services at an acceptable price with the result that a new application niche arises, the ecosystem becomes a little more robust and the primary vendor (e.g. in this case, Salesforce) becomes a little more valuable to its customers because, hey, look at all the apps that just plug and play.

So in my mind ecosystem services have done yeoman’s service in bringing about the rise of the subscription economy.  They are mostly subscriptions and they make subscription operations easier by a lot.  Today there are services for all kinds of niche areas where just the right app has changed the dynamic, the business model and even the profitability of a department or an enterprise.

What’s even more interesting, as I alluded in the beginning, is that many of the ecosystem services we see have very little to do with social.  It’s as if vendors and their customers looked at social and said, that’s nice, but we need to get today’s work done today and we have a gizmo that solves easily identifiable pain.  Let’s take it to market.

I am not saying that social is not important (I am crazy, just not that crazy) but it’s far from the only game in town that we sometimes make it out to be and if present conditions are any indicator, then the world of add-on apps that don’t use social is at least as important as the part that does.

I have spent a decent amount of time recently examining some of the best apps in the Salesforce ecosystem and the company also recently announced its Customer Choice Awards for 2012 for AppExchange applications.  What I saw in examining both groups was a broad array of clever apps that make many business processes better.  There are things not more than widgets and there are whole applications that can stand alone.

Most significantly, the capital markets are paying attention to ecosystems.  Several of the companies I’ve written about recently have received significant venture capital inflows and I expect them to have IPOs in the not too distant future.  Certainly there’s risk in backing an ecosystem company.  What if the ecosystem’s primary producer decides to change and hide the API for instance?  But at this stage things like that are doubtful because the primary producer is just as dependent on the ecosystem as each of its members.

Some people might lament the multiple standards that ecosystems represent.  If you are a Salesforce customer, your choices of ecosystem partners are somewhat limited to the universe of the AppExchange, for instance.  But that risk is easily mitigated by integration services available, where else, but in the ecosystem.  So maybe that’s not such a concern either.

Any way you slice it, the various ecosystems deployed over the last seven years have greatly enriched the customer experience by providing solutions that make enterprise software more agile via tailoring it to the circumstances at hand.

Very often we mark progress by the arrival of a shiny new object like social, but time and time again, we see progress is insidious; it comes in through the bathroom window (apologies to John and Paul) and it changes us at least as much as the arrival of the shiny new object.  That’s why I am so impressed with the ecosystem providers and why I think we should all be making noise about them.