nCino — Loan Origination on Salesforce Platform, Gets the Records Right 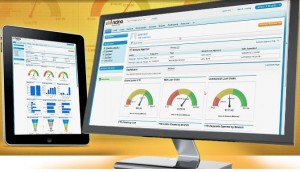 This post is part of an occasional series on the AppExchange as Salesforce.com celebrates the seventh anniversary of its launch.  The series will focus on some of the most interesting AppExchange applications of the last year.

The arc of nCino’s brief existence provides a good description of the power of application development on the Force.com platform.  nCino (“Encino” roughly translates from Spanish as “live oak”),  supports commercial loan origination, including CRM functionality to manage the sales process and document management to handle all of the details.  The product was originally developed within a conventional bank, Live Oak Bank in Wilmington, NC.

To say that Live Oak Bank is conventional is not to imply that it is ordinary.  It is the third largest originator of business loans in the U.S. despite being significantly smaller than its competitors.  With the banking industry in a slump Live Oak could not compete as a low cost provider because borrowing activity was slack and interest rates were at low points.  So the bank decided to innovate and  to compete on business execution.

Anyone who has paid attention to banking issues during the recession has probably realized that banks had not been keeping up with managing documentation for example, in home mortgages.  But the same has been true of documentation management in commercial loans and it was the content management part of the process that the bank decided to attend to first.

Live Oak used Force.com to build a commercial loan origination system that could take better care of loan documentation and better attend to the customer relationship issues that attend any loan sale.  But the story doesn’t stop there.

When Live Oak showed off its new system at Dreamforce 2011 the bank discovered significant demand from other banks at the show.  But not wanting to go into the software business, Live Oak spun off its software to a new company —nCino that is the subject of this piece.

By taking care of all loan origination documents within its Salesforce CRM instance, nCino has developed an origination process that is streamlined and effective.  The company’s initial data shows that it can cut twenty five percent of the loan origination cycle time and put money into the hands of the business borrower faster than its competition thus providing a unique form of competitive differentiation.

But operational efficiencies are not the only thing that many bankers are seeking out these days.  The financial crisis exposed the document handling capabilities of many banks as unreliable costing many of them lost time, revenues and legal fees.  Industry data shows that as much as thirty percent of loan documents are inaccurate.  These deficiencies have consequently driven many banks into the market for better document handling software and loan origination systems.

According to Pierre Naudé CEO of the company, Force.com has enabled his team of 27 people to innovate much faster than other technologies.  After about a year, the company has nine installed customers with five more in process and several more in the pipeline.  The AppExchange continues to be a good source of leads, which might surprise some people because nCino is an enterprise solution.  But Beagle research shows that enterprises shop on the AppExchange just as smaller companies do.

Perhaps another surprise for some people familiar with banking is the nature of the solution.  nCino is a cloud offering like all Salesforce solutions and the banking industry, according to Naudé has accepted it without fanfare.  Naudé says it is because “many banks and credit unions have been using hosted solutions for some time, and there’s no difference between running a hosted solution in some remote data center and running a SaaS solution.”  It helps that Salesforce already has all of the certifications that bankers look for including SOC Types 1, 2, and 3 and that it is PCI (private card issuer) compliant.  nCino relies on these certifications as cornerstones of its business and they simply come along with the Salesforce service.

nCino was started with a loan from Live Oak Bank and it has since raised an A round of funding worth $7.5 million, which Naudé says was oversubscribed.  The company’s roadmap includes delivering a mortgage origination system and retail loan facility later this year but the company does not release information about its roadmap beyond that.

nCino is a great story about what’s possible given the power of the Force.com platform and the AppExchange.  More than this it provides a useful model for the future of enterprise software.

2 responses to “nCino — Loan Origination on Salesforce Platform, Gets the Records Right”