Lean in many different directions 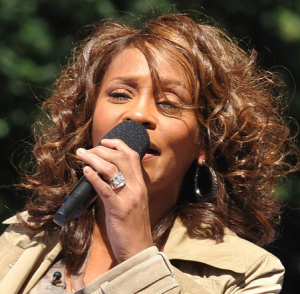 Kudos to Sheryl Sandberg on her new book. She is a great role model to my daughter and a number of other young ladies.

But a reality check comes from freshman US Senator Mazie Hirono

“I’m a woman. I’ll be the first Asian woman ever to be elected to the U.S. Senate. I am an immigrant. I am a Buddhist. When I said this at one of my gatherings, they said, ‘Yes, but are you gay?’ and I said, ‘Nobody’s perfect.'”

Nobody’s perfect – when I was young someone wise told me I was tall and awkward. I was brown. He pointed out other traits for which I would be teased and worse in life.  In other words, discrimination is never one dimensional. It was annoying to hear but his advice – let it roll off your back – has stood me well in life.

I spent a couple of years in Saudi Arabia as a young man and watched highly qualified Filipinos and Bangladeshis paid a pittance because of their passports. I watched Hindus and Buddhists get dramatically lower accident compensation than even Jews (yes in Saudi Arabia) because their religions were not monotheistic. I saw women not allowed to drive because – well they are women. I think I asked why? many times I was there. To myself, knowing no one around me would have a clear answer either.

I moved to the UK where I saw the “public school” you went to early in life made your career. Discrimination is a reality all over the  world and it is not one dimensional. And therein lies the limits of “lean in” advice based on sex or race or religious background or sexual orientation.

Personally, I would rather recommend Whitney Houston to everyone. Learning to love yourself ..is the greatest love of all. Feeling good about yourself for doing your best is the best antidote to any unfair treatment.

And I believe in celebrating the first Black President, the first S. American Pope, the first woman to qualify for a pole position at Daytona 500 and so many other firsts that are happening with increasing frequency.