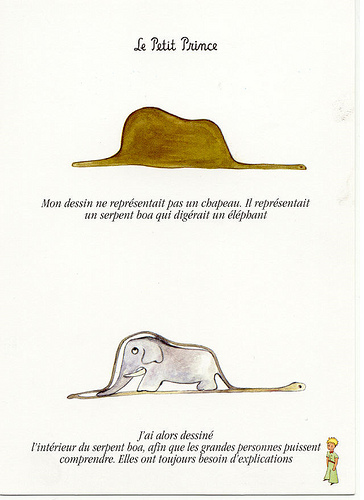 I went to an EMC analyst event yesterday to find out more about the firm’s cloud strategy. Unfortunately I left with the impression that the company really needs to get its story straight. Cloud is an extremely nebulous term, and as such must be treated with care in marketing, but also product development.

EMC was keen to position its VCE (VMware, Cisco, EMC) alliance as something new, as a new way to acquire compute capacity, bundled virtualised network, server and storage infrastructure. VCE claims to offers “seamless support” across modular building blocks. VCE to me sounds a bit like an Ecostructure (blueprints, integrated support offerings etc) for 2010, but without the database. What is more – surely when you are positioning seamless support in an alliance with your own subsidiary, VMWare, then something is not quite right. I thought VMware under new CEO Paul Maritz, was going to be getting closer to the mothership.

After all, what is VMWare’s second act? Nothing less than to try and make cloud computing synonymous with VMware in the same way that virtualisation is. As far as VMware is concerned, VDC-OS is the private cloud. So much so that it swiftly renamed it Cloud-OS.

Reporting back from VMworld 09 my business partner Stephen O’Grady said:

Make no mistake about it, one of the primary assets VMware has in its battle to win the cloud is its enterprise acceptance. While most cloud startups – and even Amazon, to a certain extent, virtual private clouds or no – will have to answer and reanswer questions about their technology, their long term viability and the quality of their support organization, VMware is a known – and for the most part, trusted – entity with most of the Fortune 1000.

VMware plans to parlay that trust, combined with some powerful technology, into Enterprise (or for “enterprise”, initially at least, read “private”) Cloud leadership. EMC’s story however isn’t quite so clear.

The essential problem I have with VCE is that it involves big chunks of hardware. Cloud is a services story, and cloud is a software story, but cloud is definitely not a hardware story, except in as much as it fundamentally changes the way we consume system resources. Which brings us back to VCE and the title of this post.

Today everything in IT is described as a cloud. I have to be mindful that the purity of my initial humourous/serious take:  15 Ways to Tell Its Not Cloud Computing has been left behind.

The consensus now appears to be

But. If the scaling is not elastic, is has no right to be called a cloud. That’s a line in the sand. Without elastic scaling, up and down, its not a cloud. Interesting to note that Gartner’s Nick Gall agrees.

VCE may or not be a “better” way than traditional purchasing of networking, storage and systems – the units of work, “Vblocks” are

During the briefing this week EMC could not provide me with specifics about the Vblocks other than they came in three different sizes, and are priced “per virtual image.” According to ChannelWeb:

But it wasn’t clear how enterprise compute purchasing is actually simplified with Vblocks. Frankly an enterprise could buy an IBM System z mainframe and it would be just like a Vblock- a fully-virtualised, pre-tested, pretested solution based on IBM software and gear. IBM doesn’t have a TotalStorage, System p and WebSphere coalition.

My aim here is certainly not to criticize EMC for making it easy for customers to purchase gear, but the Cloud should be about purchasing compute, not gear. Vblocks will be sold by VARs and integrators such as Accenture, CSC, and Capgemini.

At this point you may be getting an inkling of why I chose the illustration above…if you’re digesting an elephant its not a cloud. I can see Vblocks being a solid channel play. Let hosting companies or SIs offer elastic hosting to their clients. It was notable that EMC’s customer reference for the day was the IT Services arm of Orange, the French telecommunications services company. EMC could perhaps deploy Vblocks to customers, with an agent for billing, and only charge per server image: some mix of local install, agent, and billing as a service. Not so different from IBM used to deploy mainframe to customers back in the day…

Amazon wins customers and partners like Adobe, IBM and Oracle because it has a billing model. A granular one at that.

As I have argued before Amazon is the de facto standard public cloud because, not in spite of,  its simplicity. If EMC wants to dominate the private cloud it will need to not just be modular, but simple, and elastic.Even from a language perspective the idea of a block as a cloud is jarring.

IT operations customers need to be clear that working with EMC on private cloud will mean a fair amount of internal development and process work before they can roll out a cloud-clike service to their internal customers. And when it comes to Opex vs Capex, Vblocks are not a granular unit of work, and they are not yet packaged as a platform to allow internal IT to offer as a cloud service delivery.

VMware is an extraordinary asset in this round of Big Vendor sports, and with that in mind EMC should perhaps let VMware lead the charge. Could Paul Maritz run Cloud at EMC, rather than just running VMware? Obviously its not my place to say, but in terms of assets and narrative clarity VMware is the obvious lead dog.

EMC, Cisco, VMware are not clients. IBM Software Group is a client.

One response to “EMC and the Cloud, Or Le Nuage et Le Petit Prince”