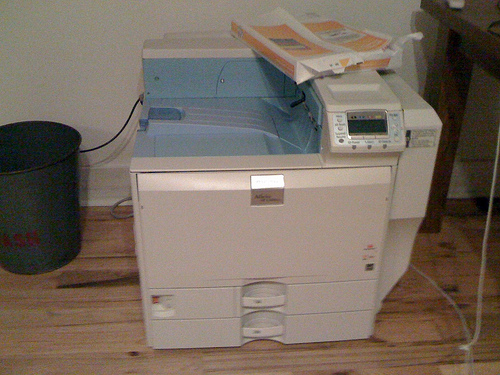 These always work out fantastically…

Comcast is to take a 51% stake in NBC Universal, with the company’s existing majority owner, General Electric, hanging onto the remaining 49%. The transaction attaches a $30bn (£18bn) valuation to NBCU, which encompasses the NBC television network, the Hollywood studio Universal Pictures, theme parks and cable channels such as CNBC, Bravo, MSNBC and Oxygen.

James [Urquhart] also notes that “Ruby on Rails platform service vendor Heroku reportedly hosts more than 40,000 applications now. At its Dreamforce conference in San Francisco, Salesforce.com mentioned it had approximately 135,000 applications running on its Force.com platform” and that “anecdotal evidence suggests there is a large body of Web application developers running on both the Java and Python instances” of Google App Engine.

Google App Engine’s relatively low profile was one reason to be somewhat skeptical of PaaS a year ago. Today, I’m still unconvinced App Engine is living up to some of the early expectations that surrounded it. Nonetheless, in the context of clear PaaS advances elsewhere, it’s another data point for an at least moderately popular offering.

AMR is known for its emphasis on supply chain management. It has roughly 40 analysts and 45 sales representatives, and is on track to gross $40 million this year, according to Gartner.

Thinking in made up math land: that’s $1M per analyst. Holy crap!

In the third quarter of 2009, Sun’s revenue share dropped by 1.8 per cent compared to the same period in 2008 to hit 7.4 per cent. Its share of shipments also fell away, declining by 0.9 per cent to 2.6 per cent year over year. Sun was also the only vendor not to experience sequential revenue growth, Gartner said….The Unix server market overall was worth $2.6 billion, a drop of 21.2 percent from the third quarter last year.

With a report (PDF) released today, the Fair Syndication Consortium says that over a 30-day period in October and November, more than 75,000 websites “reused” at least one newspaper article without sharing revenue with the newspaper. And Google, the study says, accounted for 53 per cent of the ad dollars pulled in by such unlicensed content.

Look forward to more non-tech companies opening up their APIs, esp. as things like the iPhone proliferate. It’ll be like having a web page: customers show up on the web wanting to buy things, so you need a web retail site. Same thing with APIs: customers start using mobile/handheld apps that rely on letting them buy things in the field, and you (retailer) better have API support for it.

For more: in relation to Sonoa’s Mobile App Accelerator, we talk about APIs like this during this week’s IT Management Cloud Podcast.

Amazon got 13.55 percent of U.S. visits among the top 500, up 22 percent from 11.06 percent on Black Friday a year ago and up 9 percent from Thanksgiving Day this year. This is the second year in a row that Amazon was the top site on Black Friday. That means that the typical pattern is holding up, as Walmart.com has been the No. 1 site on Thanksgiving Day for the past five years.

The other interesting thing here is the dominance of traditional, so-called “brick and mortar” outlets on this list. People clearly prefer traditional brands once they open up on the web. In fact, out of the top 20, there are only 2 .com retailers: Amazon and Overstocked. Also, fandango gets a nice boost as families try to come up with some activity that doesn’t involve talking with each other ;&gt;

These early black friday numbers can be dodgy though. As I recall, over the last few years its taken a couple weeks to get the real numbers, with different analysts and outlets trying to scoop each other with good or bad numbers.

Some other data Singh found:

Again, this data is based on a crawl of 10 million Tweets, but those Tweets were from the end of July, which was way before Twitter made retweets an official feature of the service.

Last year, an estimated four hundred thousand acres of opium poppies were planted in Afghanistan, a fifty-nine-per-cent increase over the previous year. Afghanistan now supplies more than ninety-two per cent of the world’s opium, the raw ingredient of heroin. More than half the country’s annual G.D.P., some $3.1 billion, is believed to come from the drug trade, and narcotics officials believe that part of the money is funding the Taliban insurgency.

“Made in China, Profits in Cupertino” 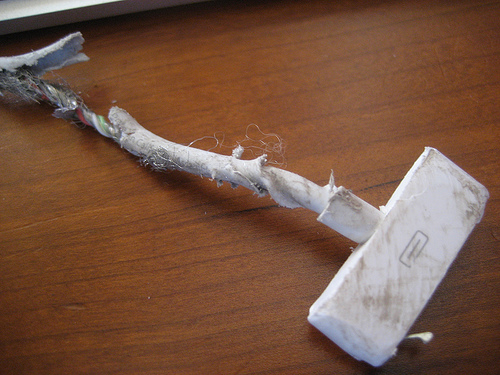 For one, although in trade statistics the Chinese export value for a unit of a 30GB video model in 2006 was about $150 (in other words for every iPod sold $150 went onto the Chinese exports ledger) Chinese producers really only “earned” around $4. China, you see, is really just the place where most of the other components that go inside the iPod are shipped and assembled. The remaining cash instead went to the US, Japan and a host of other countries (among which the UK is one) who made the parts that go inside. In other words, where the product is not necessarily where gets the lion’s share of the profits.