I’m Feeling Optimistic About The State Of HR Technology! 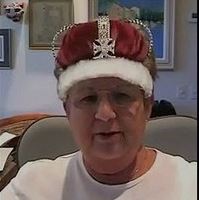 I’ve been feeling quite optimistic lately about the state of HR technology, which is quite a good feeling.  For most of my career, I’ve been frustrated by less than great software and less than great adoption of the best available software, but now there are multiple reasons for optimism on both fronts.

First, I see several vendors moving and/or trying to move in the direction of true SaaS InFullBloom, complete with proper object models, increasingly modern architectures, and real vision around the changing nature of work and workers.  There’s a lot of heavy lifting here, to include a ton of refactoring for those vendors without the luxury of starting over, but it’s reassuring to know that the architectural and object model ideas I’ve been promulgating for far too long are widely accepted now. although not entirely by vendors whose business interests lie elsewhere.

Second, I see more end-users making the outcomes-based business case for moving to this new generation of (or substantially refactored) HRM software, having the courage to leave the familiar behind in order to secure greater innovation, agility, strategic functionality, administrative savings, and more as part of their ROI.  It’s been many years since investments in HR technology could be justified — or should be justified — on the basis of improvements in TCO, let alone headcount savings.  Now the clear business case for replacing legacy HR technology isn’t just about TCO but about business agility, process innovation, improved decision-making via embedded analytics, and so much more.  The leaders have moved from TCO to TCBO, and there’s no going back.

Third, I see our industry not just talking about but actually unleashing the power of embedded analytics to improve business outcomes through improved HRM decision-making — and getting those analytics right to the people making those decisions where and when they’re needed.  Of course much hard work remains to be done, that is figuring out what analytics, calculated exactly how, and embedded precisely where, to drive which types of outcomes via specific decisions.  But I’m hopeful that, with so many vendors, consultants and end-users focused on these questions, progress is being made.

Fourth, I’ve gotten to know a lot of terrific HRM software architects and product strategists, really the next two generations of same, who deserve a huge shout-out for making real strides in building new or refactoring toward object-based, metadata-rich, definitionally-develped HRM software.  Not only is this remedial architectural work  (for those without a clean slate) very demanding intellectually but it also requires rigorous yet agile project methodologies and sustained management investment, which is something not all managements can handle.  And while I don’t always appear to be as sympathetic as some might wish about the many competing pressures under which these architects and product strategists operate, I really do know how difficult it is to sustain a multi-year architectural development effort when the sales force is screaming for specific features now, senior management answers to private equity or public company financial analyst folks who don’t appreciate the underpinnings of great software, and customers haven’t unleashed most of what you’ve already delivered.

Fifth, as I look at the best of HRM enterprise software that’s already in the market or will be delivered through 2013 and beyond, I am encouraged by the innovation at the edges of HRM, where innovation comes a little easier as does adoption when you’re not unraveling your core HRMS/TM foundations.  But I’m even more encouraged, and it’s the real source of my optimism, by the next generation of those core HRMS/TM foundations.  Yes, there are a million reasons for organizations to avoid unraveling their Rube-Goldberg HRM delivery systems, to avoid the disruption of rethinking their long outdated data and process designs, to get one more year (or many more) out of the sunk costs of that licensed/on-premise software, and to cling to familiar vendors, technologies, and more.  And many of those reasons lie in the resumes, the self-interests, of the HR and IT folks who have done very well with their deep knowledge of Lawson, PeopleSoft, SAP, Oracle EBS and many other successful HRMSs.  But if there’s one thing I have learned over a long career, it’s that late adopters in a career sense are no better served than late adopters of technology.

Contraindications:  Lest you think that I’m on some new drug, let me just say that everything I’ve written above applies to a small number of vendors/products/customers/etc.  The vast majority of what goes on in our industry, if I were to dwell on it, would depress the hell out of me.  But let’s not go there.  For just this one post, let’s focus on the very real progress being made in some quarters and take pleasure in every bit of progress along the road to nirvana.  There’ll be lots of other opportunities to nail the zombie vendors, call out those products with archaic data designs, note where an aggregator has put a thin veneer of integration over their conglomeration of piece parts, shine a light on retro HRM policies and practices, and get into all kinds of trouble doing so.  But for now…

The Bottom Line:  “When the sky is a bright canary yellow, I forget every cloud I’ve every seen…”  Cockeyed Optimism

3 responses to “I’m Feeling Optimistic About The State Of HR Technology!”