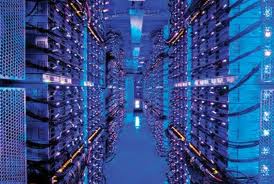 I saw an ad for a webcast the other day and it said in part:

“The scope, scale and complexity of enterprise data centers is rapidly rising due to increased use of virtualization, cloud, big data and mobility. Applications and workloads are becoming more dynamic and volatile and IT staff are being asked to become more efficient and responsive. Automation across physical, virtual and cloud data centers is vital for effective operations and consistent service levels.”

Did you catch the change?  Today it’s virtualization, cloud, big data and mobility the new four horsemen of business advance.  In case you’re wondering they replace social, SaaS, mobile and cloud.  Small difference?  Yeah, but big change.  If you were hip over the last five or so years you did the social, SaaS, etc. thing but if you missed the onramp, virtualization and big data give you a chance to save face.  You weren’t being overly conservative. No, no, NO! You were being prudent, waiting for the technologies to mature into a coherent whole.

Really?  After all this time and all the disruptive innovation cycles, you were waiting?  Coherent?

In case you were wondering, virtualization and cloud made SaaS acceptable to those who worried obsessively that their data, the same data they couldn’t find an elephant hiding in would suddenly reveal golden nuggets to hackers.  Big Data gives us all a way to accept social without ever for one minute admitting that our employees were not simply “playing” with social media at work — you can and should thank analytics for that.  And mobility is mobility because your customers and employees are walking — some away from you and some towards you and you need to know and use it.

I was in The Valley the other day talking with a guy who is sometimes a client but always a friend.  He’s a young guy who has already worked at Salesforce back in the day, did another startup with a Salesforce alumnus and is on his third company, this time running the whole marketing shebang.  His take?  Companies are looking to form data centers of excellence around analytics.

My take?  It’s IT’s way of preserving itself.  Remember Gartner’s forecast that the CMO would soon be spending more on technology than the CIO?  This is IT’s response and I think it’s a good one because it potentially shows both groups reaching out to create greater value for the enterprise.

As commodity servers take hold of the world, it becomes less and less rational for a company to run its own IT so virtualization and cloud here we come.  But what’s left behind is very interesting.  IT might be buying the commodity farm but the secret sauce is still information and how you use it.  So the IT data center of excellence is both a way to keep IT employed and more or less in house and an important way for IT to save some serious coin on commodity processing.

Larry Dignon of ZDNet put his finger on it about a week ago when he examined the possibility that IBM might sell off its x86 server business to new pal Lenovo.  Servers are not going away but they are going to the farm and with that change comes greater focus on management systems overlaying everything because server farms are becoming quite huge.  This opens up opportunities for companies like Oracle/Sun.  Despite the catcalls from critics calling advanced servers the new mainframes, they have an important purpose and a growing niche, not to mention a new and as yet unstated goal of nine nines of reliability to achieve the promise of true utility computing.

So, yes, the scope, scale and complexity of data centers, wherever they’re located and whatever they’re called, is rapidly increasing and as the economy continues its rebound I will remain interested in finding