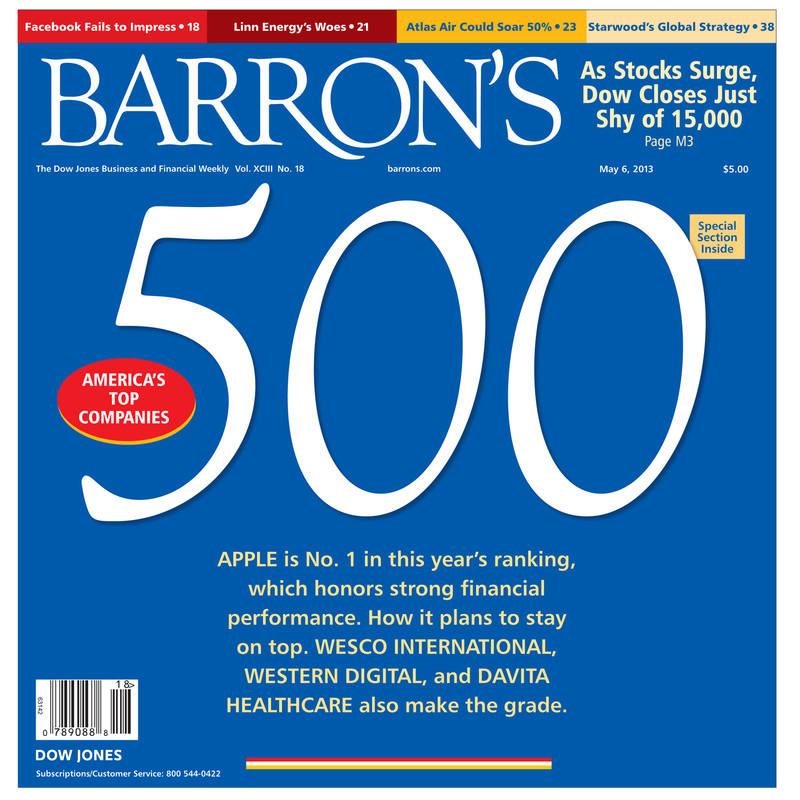 Every year Barron’s and HOLT, a unit of Credit Suisse collaborate to create a ranking of the 500 largest publically-traded companies who are headquartered in the U.S. and Canada.  This year’s list was published yesterday and is available to Barron’s subscribers at the link Barron’s 500 list.  If you don’t have a subscription try Googling the term “Barron’s 500 Table Here’s the complete 2013 ranking, from Apple to Penney” and you should be able to get access to the free preview of the list.

Credit Suisse uses three metrics to evaluate all companies for inclusion in the analysis.  These three metrics are equally weighted in the analysis and include median three-year-cash-flow-based return on investment; one-year change in that metric relative to the three-year median values; and adjusted sales growth in the latest fiscal year.  You can find an explanation of Barron’s methodology here including how the GPA figure is calculated that is mentioned throughout this post.

Key take-aways from a quick analysis of the list include the following: