SapphireNow, Past and Future 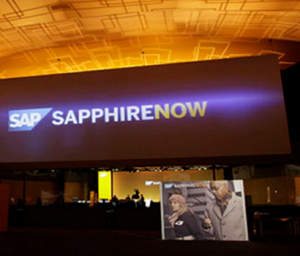 In the run up to SapphireNow this week I have seen several blogs and tweets about SAP’s new (as in last five years) analytical, cloud and mobile products – HANA, SuccessFactors, BYD etc. During the course of the week every announcement around these products will get amplified.

The reality is after years of trying, these new products only contributed 6.5% of 2012 revenues.

To understand why SAP’s future is being shaped so slowly, I believe you have to look at SAP’s past.

In talking to SAP customers, I get two major areas of disappointment

a) “We signed up with SAP as an application provider, but in the past decade it has been enamored with becoming a platform company.” NetWeaver, Business Objects, Sybase, HANA are all visible signs of that desire and related investment strategy over the last few years. In the meantime, over $ 100 billion in application maintenance paid by customers has not yielded much in the way of functional leaps.

My friend and fellow Irregular, Thomas Otter is leaving Gartner to re-join SAP and writes

“In 1995 Klaus Tschira, one of the SAP founders, impressed me so much with his vision for HR technology that  I convinced my wife that we needed to move to Germany. There is much in that vision that still needs to be built, so in a sense I have unfinished business with SAP.”

There are hundreds of areas, especially around industry solutions, where  SAP could use other Thomas Otters to make up for neglected functionality over the past decade

b) The massive partner booths at each Sapphire are a vivid reminder of SAP’s poor management of its ecosystem over the past decade. Customers can see the impact in the metrics and benchmarks in their shops

This did not happen overnight. But SAP and its partners have shown little willingness or ability to tackle the inefficiencies over the last decade.

So, while SAP employees, partners and fans descend on Orlando to hear about the future, they would be as well served to ask what SAP is doing to rectify the neglect of the past decade.

Without that, many customers will continue to stay away from the newer products.  They may be too polite to say it, but the saying definitely comes to mind:  “Fool me once, shame on you. Fool me twice, shame on me”

2 responses to “SapphireNow, Past and Future”