Two Questions and Some Answers 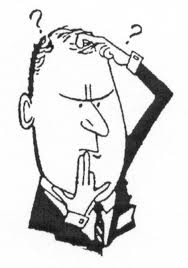 There are two questions that emerging companies in the CRM space field when they face the analysts — when are you going public and why don’t you build out a full CRM capability?

The first question is easily and deftly handled by most executives and it must be. An IPO has its own cadence and the Securities and Exchange Commission is very keen to protect its turf even in an age when congress keeps tight control on regulators’ budgets.  It takes almost no effort to fine an over exuberant executive for making statements about things that are not in the official filing or during the quiet period.  So, smart executives stay very far away from those questions.

The second question is, or at least can be, a quagmire.  There are many marketing software vendors who have necessarily built functionality that spills out of the pure marketing definition and that’s enough to keep some people wondering.  A customer database is a good starting point.  The argument goes like this: you already have a customer DB so how hard can it be to blow out another wall and add sales functionality and then, Voila!  CRM.

That logic misses the point by a country mile and a decent customer service function, yet it doesn’t go away.  But there’s more to it than even raw functionality.  Why would any sane CEO of a fast growing marketing automation company decide to blow the budget and slow growth to build out sales and service in a market where the CRM niche is rather full?

My advice goes like this.  Don’t do it.  Don’t build CRM, there is absolutely no reason for anybody to build another CRM system.  The niche is covered so move on.  Take as an example the last decade-full of successful software vendors.  Siebel didn’t build ERP and the reasons are the same.  ERP was full, it was better for Siebel to focus on building out its CRM functionality and that’s what it did.  Late in the game, before the acquisition, the company was working on master data management and making its client server solutions at home on the web.  Siebel didn’t build ERP though many people asked why not, because the company was looking for the next big thing not the last.

Siebel got acquired and its independent plans were sidelined.  But look at Salesforce and you see a similar pattern.  Financial Force, Intacct, Zuora and many other companies sprung up to provide financial functionality to the fast selling CRM but Salesforce CEO, Marc Benioff, has been adamant about not pursuing ERP.  He’s focused on building out a new interpretation of the front office that’s social, mobile, and customer experience focused.  That’s called a Blue Ocean Strategy and I have written about it before.

The rest of the big players — SAP, Oracle, Microsoft — all have pretty good CRM and they all trail Salesforce according to Gartner’s recent rankings.  Generally, while their products are good, they trail Salesforce by about a generation when it comes to leading edge front office ideas like collaboration, customer journey, and the like.  They aren’t innovating so much as trying to be fast followers.

I think any marketing automation company that tries to build out CRM functionality would also be a fast follower.  They’d trade in what they’re very good at to regress to the mean, the middle of the pack.  Instead, here’s a question that they could profitably answer.  How are economic and demographic changes affecting how people and companies buy and how does marketing fit into that changed environment?

People and companies have become comfortable and adept at shopping online and making decisions without the assistance of traditional sales people.  At a minimum this suggests a winnowing role for traditional SFA.  But it also suggests a rising opportunity for marketing automation defined as nurturing customers on their buying journeys.

It also suggests an expanding role for the call center, which might get smaller in the next decade while changing at least part of its mission.  I don’t think today’s marketing automation has yet tapped all the possibilities inherent in that one observation, nor do I think that the incumbent CRM vendors have embraced the idea.

So, when I hear talk about new companies entering the CRM market, I cringe.  CRM is robust and thriving but it is also consolidating.  There won’t be five major CRM vendors ten years form now.  The availability of good, fast, standards-based integration is high and products are getting better all the time.  The next move in the front office is best of breed, not tightly integrated solution sets.  The front office platform might be stabilizing but the apps that play on it continues to expand and they work increasingly well together.

The move for fast growing companies in the front office is in furthering the embrace of the customer through advanced tools and techniques that include social media and inbound marketing.  No traditional ERP for sure and no CRM either and that’s becoming increasingly obvious.