Its all about the enterprise apps, baby 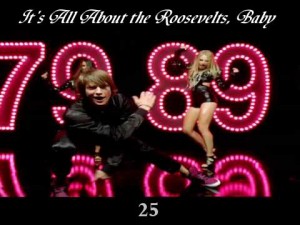 Silver’s the new green …sang the Taco Bell TV commercial “It’s all about the Roosevelts” as it celebrated dimes to promote its sub $ 1 menu.

At SuiteWorld this week I wanted to break out in that rhyme at the celebration of all kinds of enterprise apps.

Zach Nelson, CEO of NetSuite, set the tone in his keynote by pointing out “SAP talks a lot about cloud and they’re having their user group conference at same time we are. But while we’ll spend a lot of time introducing a new product, NetSuite for manufacturing, SAP are talking about databases in the cloud”. Perhaps he had read my post where I pointed out where SAP has been enamored with becoming a platform company for the last decade, when most of its customers signed up with it and have paid billions to it as an application provider.

Then he brought out Qualcomm CIO Norm Fjeldheim to describe a global deployment of NetSuite . Williams Sonoma CIO, John Strain followed with a discussion of  the “omni-channel” world the retailer finds itself in. Buzz Kross, SVP of Manufacturing at Autodesk then talked about their new world of “digital prototyping” and their PLM integration with NetSuite manufacturing functionality.

It was a nice way to showcase NetSuite’s “two tier” global deployment positioning (“stay with Oracle or SAP at HQ, use us for subsidiary sites”), their strong retail functionality, and their growing manufacturing functionality(for the new wave of smarter factory with agile robotics, wearable computing, OJT augmented reality worker training, 3D printing etc)

In brief conversations with each I got a perspective on emerging apps in varied markets – Qualcomm pov on mobile commerce and insight data, Williams Sonoma on their Pinterest and other social campaigns, Autodesk on the changing product lifecycle management space.

Evan Goldberg  showcased other apps – Vinsuite for the winery vertical, the planned Deem@Work with Rearden Commerce for expense management and others

In conversations with executives from Baker Tilly I heard about NetSuite projects in the mid-market, with executives from Cap Gemini about BPO opportunities where companies increasingly ask why their back offices need to continue to be burdened with the higher cost of on-premise applications.

In a panel I moderated with Brad Kugler (a NetSuite customer since 2006), Phil Wainewright, Dennis Howlett and Pedrag (PJ) Jakovljevic, we covered wide ground on analytics, global and vertical applications.

Yes, it was an unabashed conference about feature, function, industry and country needs. And fittingly, as the Taco Bell commercial asks “Why pay more?” resounded in every conversation about pricier solutions NetSuite is helping replace.

It’s all about enterprise apps, baby. Kudos to SuiteWorld for that timely reminder.

One response to “Its all about the enterprise apps, baby”