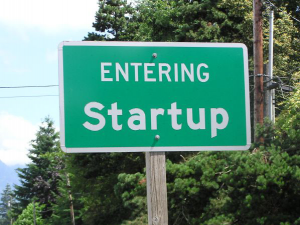 Silicon valley heydays are over according to Ryan Holmes CEO of HootSuite. I think he is generating good buzz for his company (did you hear how well HootSuite is doing?), his stakeholders and his country but he is plain wrong. Rise of the maple syrup mafia is sweet words but not really true. Not even as a post on LinkedIn with an even better title – Why Silicon Valley Heydays are Over.Silicon Valley (Still) Rules
I have had the opportunity to talk to several founders, CEOs and investors. They all recognize that there is talent and success outside silicon valley. But when it comes down to focus we all end up with an 80/20 rule – 80% of the value is still getting created in 20% of the world’s geography – ok, more like 0.2% but you get the picture. Let’s first just go through anecdotal evidence:
Benefits of Being in Silicon Valley
Yes, its cheaper to hire in Montreal or Hyderabad but as a founder it doesn’t really matter once you get past Series A. There are some benefits to being lean and being able to bootstrap in a low cost locale – but usually event that doesn’t quite work – because most engineers/executives make more money here locally in Silicon Valley so while its theoretically cheaper in Hyderabad to start a company, you have fewer millionaires. Here is why cheaper and farther doesn’t work:
– Founder: Founders need support of other founders. You find more of them in Silicon valley.
– Engineers: Start-ups need engineers but while the cost of an engineer is much cheaper outside, you find way more engineers in silicon valley who have worked at Google/Facebook/etc who are ready to be the founding CTO/Architect/Engineer than in other locales. Higher equity but lower burn rate – what founders seek.
– Investors: I can’t emphasize this enough. Investors usually have lots of money and very little time. Yes, I can make 20x in a startup based in Montreal or Hyderabad but most rich investors would rather get 10x return in 10 startups within 25 miles radius of Sand Hill Road than get 20x return in 1 startup in Hyderbad, 1 startup in Vancouver and 1 startup in Shanghai. Its the returns across all investment adjusted for investment of time and risk that matters way more than absolute returns.
– Friends & Family: A founder lives a lonely life – just ask any “pre-traction” founder. In silicon valley, a founder can find support from friends, her or his family can find other like minded people, and there is a supportive environment all around .Only in silicon valley can you say I make no money and am betting on the future of X and still get money, attention and more.
Summary: Its always Sunny in Silicon Valley
I love the entrepreneurs across the globe – Vancouver, Bangalore, Shanghai. But the hard reality is that silicon valley continues to dominate funding and exits. While there are very successful companies in other geographies, they are not taking away from bay area growth. For every HootSuite in Canada, there is several Instagram, YouTube, Square, Twitter, Salesforce.com and others in silicon valley.
While media can play silicon valley or not hype, its actually more nuanced than that. Its not a zero sum game. Silicon valley can thrive even as New York, Vancouver, San Diego, Raleigh RTP & Bangalore and other locations emerge as silicon x.
Congratulations to Ryan for his viral blog post. Welcome to a non zero sum game world where startups continue to thrive in Silicon Valley.