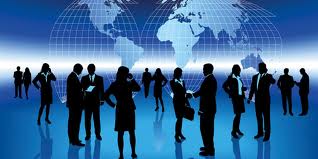 Pegasystems held Pegaworld in Pegorlando this week and a good show it was.  I have always wondered about the difference between CRM (social and otherwise) and BPM or business process management so I was happy to attend.

Both CRM and BPM deal with the interaction between the vendor and customer and each is involved in doing the right things that make customers come back.  Both use some of the same tools like the Net Promoter Score (NPS) and focus on metrics like customer retention, churn, and maximizing revenue.

But I have devised a simple test of whether you have/need BPM (and I feel a bit like Jeff Foxworthy when I say it): If you’ve ever said our system won’t let us do that, you just might need BPM.  I have to add that, this is not a definitive test, it has to be combined with a business that is at least somewhat regulated either by government or by the discipline of practice and markets such as banking, telco, healthcare, big technology, insurance and similar industries.

In those industries, companies are large, in part, because they are old and many smaller competitors have been absorbed or driven out.  These big companies work on large volumes and razor thin margins.  They make billions but service many millions and many are global with the result that personal attention is somewhat hard to come by at times.  In those corporations, if you can’t automate a process, you can’t do it or if you haven’t automated it yet the process might take weeks.

That’s the situation many of Pega’s customers find themselves in and it doesn’t help that many of the companies in finance, insurance, banking and related industries, are just emerging from a nuclear winter caused by the economic meltdown in 2008.

But wait, there’s more.  Customers have evolved too.  We know all this — globalization, emerging markets, the Internet, personal computing, social media, mobile computing have trained a couple generations of customers to demand more.  Customers, vendors, and employees all want systems that work like the apps on their handheld devices.

We’ve heard all this before but Pegaworld seemed to be a coming out party for BPM meets predictive analytics meets the consumerization of IT meets the big corporations emerging from that nuclear winter.  To be sure some of the messaging felt like 2007 but it was completely relevant.  We saw use stories from some very large companies like AIG, Lloyds Banking Group, Cisco and many others.

The sheer scope of what they are now doing is breathtaking.  For instance, Lloyds embarked on an ambitious program to make more than 400 improvements in its customer-facing processes a year and a half ago.  The program had a three-year time frame and they’ve completed 200 initiatives so far.  For example, the bank found that it could take weeks for a customer and the bank to close an account because the process crossed many back office boundaries and involved some very manual practices.  Lloyds automated using Pega and brought the process down to a few minutes.  So what?  Well, the largest bank in England closes four million accounts per year and that’s a number too big to let take weeks.  By the way, I was reliably informed that this is not people going away from the bank just the normal process of consolidating personal finances and closing dormant accounts that people need to do from time to time.

Lloyds is just one example.  AIG was a case study of a very large insurance company doing business in 90 countries with each country running as a semi-autonomous group down to having its own data center.  It was necessary to work this way, in a federated model, because this old company got started a long time before computing and the Internet would make it possible to consolidate.  Moreover, local rules, laws and customs make it necessary to organize at the local level.  But local custom and law don’t automatically equate to local IT any more.  According to AIG, with Pega they’ve been able to reduce their data centers to about eight.

It’s all about the agile, adaptive enterprise and while it’s not completely different from what other CRM vendors are saying, the scale it has to happen at for very large companies represents a Herculean task and a great opportunity not just for Pega but for any vendor and its customers who can see that the world is changing rapidly and fundamentally.

Listening to this made me think that the financial industry meltdown was at least in part a symptom of many old systems unable to keep up with volumes like the volume of distressed mortgages.  I wonder if the crash would have been less ruinous if, as one speaker from Bank of America said, the mortgage departments weren’t running on many old mainframes and AS400’s.  Seems like many big corporations are getting an overdue refresh and it looks like Pega with its BPM and predictive analytics focus might be in the catbird seat.