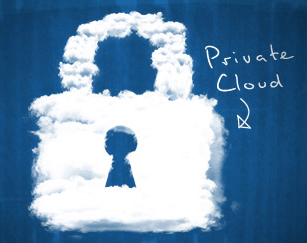 Since 1999 we have been investing in companies that develop SaaS applications targeting the mid-upper and global enterprise.  Through these investments and the hundreds of other SaaS companies, targeting these and other segments, we have considered during this period, we have started to notice a transition in the way companies utilize cloud computing infrastructures platforms to develop, test and deploy their applications.  In the last 5 years SaaS companies, particularly the earlier stage ones, have started to transition from exclusively building and deploying their applications on custom developed infrastructures, to utilizing third-party infrastructures and platforms for these tasks.  Third party infrastructures come in two flavors: Infrastructure as a Service (IaaS), e.g., Rackspace, VCE, or Amazon’s AWS, and Platform as a Service (PaaS), e.g., Salesforce’s Heroku, or Microsoft’s Azure.  During this period we have seen SaaS companies for which developing and deploying on a public infrastructure was absolutely the right decision, e.g., Dropbox developed and continues to deploy on AWS, and others which had to switch to a private infrastructure after having initially developed their application on a public one.

SaaS entrepreneurs and management teams are asking two questions regarding the platforms and infrastructures used for their applications so that they can accomplish their development, testing and deployment goals while building profitable companies, maintaining their customers trust and expectations:

We see entrepreneurs selecting a third party platform to start developing their SaaS applications because they instinctively believe that the associated costs, for both development and initial deployment, will low.   They are often right about the startup phase of their business.  However, the decision for the long term use of such infrastructures is not as simple as it first appears because several interdependent factors need to be considered.  They include:

Based on the factors above,

Determining the infrastructure and platform on top of which to develop and deploy a SaaS application is not as easy as it may initially appear particularly if the company is thinking long term.  The factors I provided above which have been derived from my years of experience in investing in SaaS application companies will hopefully help entrepreneurs and management teams put some structure around this decision.

3 responses to “Choosing Between Public and Private Cloud Infrastructures”