Have you seen a grown man cry? 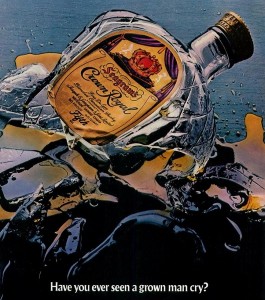 It is embarrassing to see large vendors so desperate to show they are cloud players that they will grab at any straw.

“We thank Lars so much for bringing the cloud DNA to SAP…the cloud DNA is now embedded across 65,000 minds and hearts, and it’s now become the soul of SAP. So we are the cloud company”

Now as John Furrier elaborates HP is eager to boast about its cloud claims over a Workday non-move to their IaaS.

There’s nothing magical about this. Show the market your numbers.

a) Revenues. SAP shows 3% of revenues from cloud and only after two major acquisitions – Success Factors and Ariba. 3% qualifies it as “The Cloud Company”?

b) Your cloud capex. If you want to be compared to Amazon’s cloud show at least $ 3 billion, and better more like $ 8 billion as Amazon has invested in the last 5 years

c) Your cloud square footage: The area of your cloud data centers – not your old hosting or co-location centers.

Without these markers, you look juvenile when you make claims to be what you are not. Save your tears for something more important – like a broken bottle of Scotch