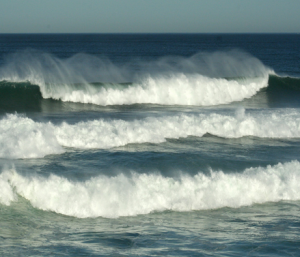 Historically much of the innovation in information technology has originated in the financial services industry. In the last decade it moved to “Consumer Internet giants.” Now, we are seeing it move to the industrial space, which is taking data to a whole new level.

He nicely summarizes what I am seeing as I research for my next book GE’s vision of what they are calling the Industrial Internet. We are looking at massive (as in US$ 10s of billions) potential efficiencies. Not stuff from their enterprise vendors. Complex processes and technologies to supportRequired Navigation Performance (RNP) in aviation. Smart wind turbines like GE’s 2.5-120 wind turbine (120 refers to the 120-meter rotor) which can pitch blades differently based on feedback from its neighbors in the farm. Locomotive software which knows when to slow down based on GPS based terrain data. And on and on in oil and gas, healthcare and many other sectors.

Even in manufacturing, where ERP and enterprise tech could have more influence, in Germany in particular they are rethinking the factory with next-gen agile robots, 3D printing, wearable computers, augmented reality training and other tech enabled manufacturing innovation.

In enterprise tech, we are excited about social, mobile, (smallish) Big Data and cloud tech (and some vendors are still fighting all that). If Maritz is right, that reflects more of the Consumer influenced Second Wave.

The real world is thinking Third Wave because the payback from intelligent machines, M2M networks, better man-machine symbiosis and truly advanced analytics is so much greater.