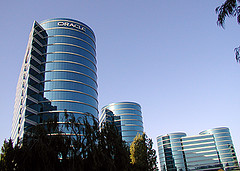 In the Merriam-Webster Dictionary, humility is defined as the quality or condition of being humble; having modest opinion or estimate of one’s own importance.  These are qualities not typically found in enterprise software vendors, Oracle included.

On Oracle’s fiscal Q4, 2013 earnings call last week, Oracle CEO Larry Ellison announced that his company will be making a “startling” series of announcements with companies including Saleforce.com, NetSuite, Microsoft and potentially others.  Mr. Ellison said that the goal of these announcements will reshape the cloud and the perception of Oracle Technology in the cloud.

Time For A Reality Check

Strip away the hype and what’s really going on here is the fact that Oracle realizes it really can’t make it alone as a cloud provider.  It needs more help than ever to make Oracle Enterprise Manager 12c successful in the short-run and its cloud strategy succeed over the long-term.  To their credit, Oracle’s engineering prowess and depth of expertise is world class, yet their area of weakness is agility and speed of response to the market.

These partnerships are most likely just the beginning of a much broader strategy to catch up with the exceptional speed the enterprise SaaS applications market is running at right now.  Oracle senior executives know if they don’t make a move soon in this fast-changing market, their smaller, more agile and quickly moving competitors will.  And this includes open source database competitors who have more attractive business models from a customer’s perspective as well.  Oracle has to make these partnerships succeed to keep pace in a very fast-moving, competitive market.

Consider these other factors that underscore why Oracle must succeed in these partnerships to keep growing:

Bottom line: Oracle’s ephinany that no one succeeds alone in a very fast-moving, tough market for enterprise SaaS software is leading them to move fast on these partnerships, bringing an element of humility with them.