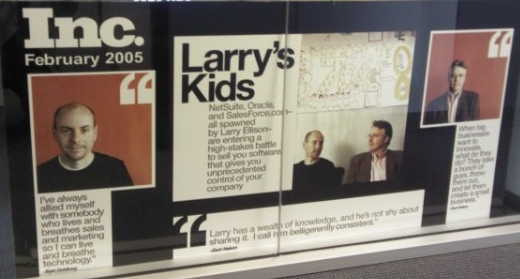 When Oracle announced its cloud extensions via Microsoft and Salesforce this week, I wondered where NetSuite was in the mix.

It was announced today, in a nuanced positioning. NetSuite ERP and Oracle Fusion HRM will go to market together in the mid market. And I was pleased to see for NetSuite’s sake, Oracle acknowledge its role in two-tier deployments “For large organizations where Oracle HCM is already deployed, two-tier deployments of NetSuite in smaller subsidiaries will easily connect with its Corporate HR system.” Sure there will be some friction in the field when Oracle tries to also position Fusion Financials in such two tier opportunities.

I am more puzzled by the inclusion of Deloitte in this announcement. It certainly has plenty of legacy ERP pedigree with SAP and Oracle EBS and PeopleSoft and Siebel experience. But it has not exactly been a cloud leader either on the apps implementation side (compared to say Appirio or Wipro) or the infrastructure side (like an Amazon).

The good news here is Oracle is getting serious about a cloud ecosystem, and I suspect there will be several other services firms in the mix down the line. As Mark Hurd said during the announcement call “Think of this almost as rolling thunder as opposed to an event.”