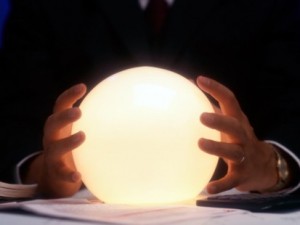 Gartner has been talking for a while about the ‘Nexus of four forces – Social, Mobile, Cloud and Information”

Many of the customers I have interviewed this summer for the book project would say Forrester is late by 2 years as they are already implementing uncertainty engines, semantic product memories, agile robots, next-gen cybersecurity etc.

At this rate of change, who has the courage to look 5 years out?

My Enterprise Irregulars colleagues do. I asked them to peer into their tarot cards and exotic crystals.

Here are some of their forecasts – not just IT centric

And just as important what will be missing in 2018

Network-first business software will drive a significant portion of cloud based software innovation. Network-first enterprise software delivers on the notion that the network is more utilized than the transaction or process elements to derive and deliver value.

Network-first enterprise software will come to a subset of software categories such as SFA, Talent Management, Supply Chain, Customer Service. We’re now in the fist phase of this transition where we’re embedding social software and your network inside traditional application software. This is a natural fist step as many organizations in the near term may not want to forklift incumbent transactional technology.

Early beta models of this that exist today are Ariba, Branchout, and others. A great example of this is Yelp where the power of the network and reviews now allows Yelp to let restaurants predict demand. Yelp built the network first, then monetized the “big data” and only last week got into the restaurant transaction business with the acquisition of seatme. And LinkedIn’s network is of course, which already powers a lot of pre-sale conversations that is critical part of any CRM process.

Neural/computer interfaces….first for prosthetics and moving into even more advanced areas such as computation.   DARPA has a pilot project already in place for amputees.

Readers, throw in your forecasts below.