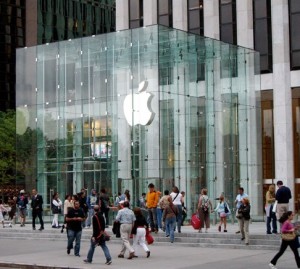 I have been reading plenty of stories recently about how technology and automation are killing jobs. And my usual reaction is to think of William Gibson and his quote “The future is already here — it’s just not very evenly distributed”.

All the talk of job losses rarely accounts for collateral job growth.

It’s like in aviation. In the 40s, some of the commercial planes had four pilots, three flight engineers and two radio operators. That has shrunk to today’s cockpit of 2. But look at the massive explosion in aviation on a global basis and all kinds of cockpit,  cabin, ground jobs that has created. And as international flights extend nonstop coverage, it is common to have 2 relief pilots on each flight.

Or the Apple iEconomy. People love to bash Apple for its labor leanness relative to its revenues and market valuation,or just dismiss the jobs as low wage.

Look at what they don’t factor:

Of course, there were job losses:

And that is the point. Technology leaves its imprint on far flung corners of the global economy. Much of it, looked at from a wider time and place lens, is positive.