Alignment: Your VP Sales and VP Marketing Should Be Your Mom and Dad of Revenue

A little while ago, Amanda from Lattice Engines interviewed SaaStr on Sales and Marketing Alignment and related topics.

While I hate the term “alignment” from my days as a F500 VP, if the term every were to be used in a useful way in a SaaS start-up, it’s the way your VP Sales and VP Marketing should be joined at the hip.  They should be the Mom and Dad of marketing (no gender attribution intended).  If they don’t work together like a well-oiled machine — and surprisingly, often they don’t — you’ll have a real problem on your hands trying to scale.

The interview and some thoughts from it below, originally here on Lattice Engines’ very well done Sales and Marketing Hub.

I had the opportunity to recently catch up with Jason Lemkin, co-founder and CEO of EchoSign, which was acquired by Adobe in 2011. Jason is one of the foremost leading minds on SaaS companies. You can learn more on his blog, SaaStr.com. Read on to learn the best composition of skills for a VP of Sales, tips on how to scale or ramp a team and why the VP of Sales and the VP of Marketing should always act like the Mom and Dad of revenue. 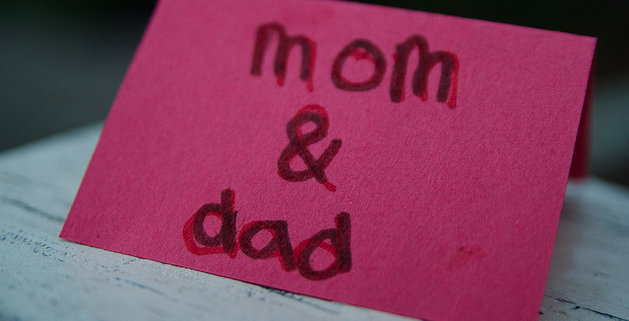 Amanda: What 3 factors/skills must every VP of sales possess? Why?

Jason: There are different types of VP of Sales for different phases of B2B companies. But if we’re talking say broadly from $1m-$50 in ARR, there are three top skills. And directly selling his or herself isn’t one of top 3, interestingly.

A: You’ve stated that the VP of sales is one of the most common mis-hires SaaS companies can make. What are some red flags to look out for?

A: How should a sales leader break down his or her time?

A: What is your top advice to VPs of sales looking to shorten their teams’ ramp to productivity?

J: Actually I can’t help the great ones. They know better than me.

But what I can do is give some advice to CEOs and founders so they know what to look for. The #1 best piece of advice is make sure you have 1 or 2 reps that are completely killing it. They just know how to close.  And make sure they are sitting dead center in the sales pit.  That way, everyone can learn by example. And by osmosis. If no one is killing it … it’s highly demoralizing. No one will believe. If no one believes, if they can’t see and talk to at least one or two guys with big W-2s driving M6 convertibles … they won’t try hard enough. Because they won’t be sure it’s worth it.

Beyond that, in general on productivity in the early and middle days … make sure your VP Marketing and/or whoever is heading demand gen sits right in the middle of the sales pit. I.e., he or she is connected at the hip to sales. That will dramatically increase the lead qualification effectiveness and maximize lead quality. If Marketing doesn’t sit with sales, each can blame the other … sales says marketing gives them cr*p leads … marketing say sales is lazy and doesn’t follow up with their leads …

A: What can a VP of sales do to help foster sales and marketing alignment?

J: The great ones do this already. First, sit next to each other. See above. And meet at least twice a week, once formally. Even if you don’t think there’s anything to talk about.

Second, and this is controversial.. but be careful about creating 2 types of leads. Many companies have Marketing Qualified Leads and Sales Qualified Leads. They are times when this is a good idea, especially with solution sales and larger ACV deals. But I don’t like it at all for transactional and higher volume sales. I want consensus here between sales and marketing what a qualified lead is period. Otherwise, Sales and Marketing are working at two related, but different goals. They should ultimately have the same goal — MRR growth.

Third, your VP Sales should never, ever blame Marketing. At least not in public. LeBron shouldn’t blame D. Wade in public — same thing. If the VP Sales thinks the leads aren’t high quality, or aren’t there — talk about it behind close doors.

>> The VP of Sales and VP of Marketing need to be the Mom and Dad of Revenue. Don’t let anyone see Mom and Dad fight.