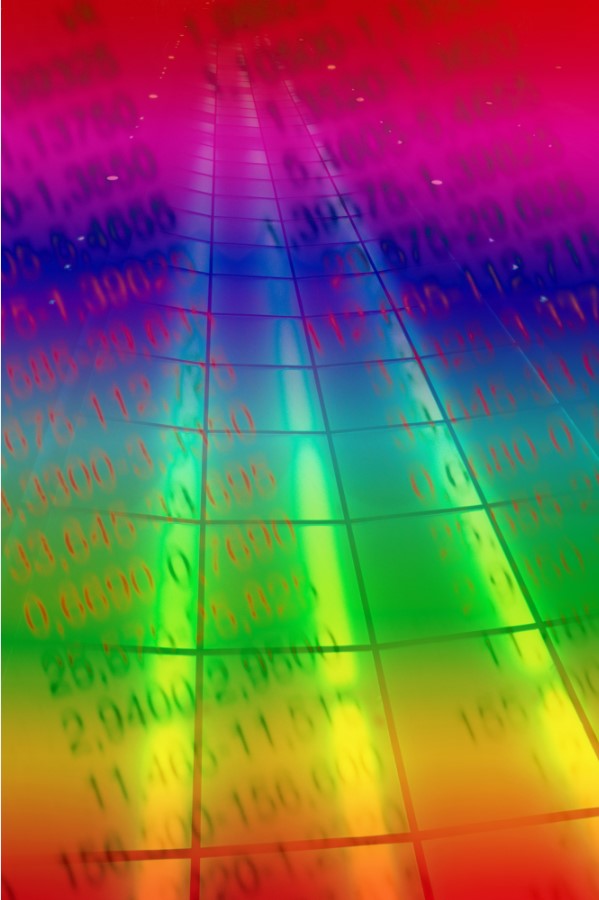 U.S.-based cloud computing providers are projected to lose up to 20% of foreign market revenues or $35B over the next three years as a result of disclosures involving PRISM.

The Information Technology and Innovation Foundation (ITIF), a Washington, D.C.-based think tank published How Much Will PRISM Cost the U.S. Cloud Computing Industry? (free to download, no opt-in) on August 5th.  The report highlights how the disclosures involving PRISM quickly are turning into a catalyst that rival countries’ cloud providers are using for their competitive advantage.  PRISM has also fueled protectionism throughout European countries, with the report citing Germany’s response in detail.  Jörg-Uwe Hahn, a German Justice Minister called for a boycott of U.S. companies in response to PRISM.

Key take-aways from the report are summarized here: 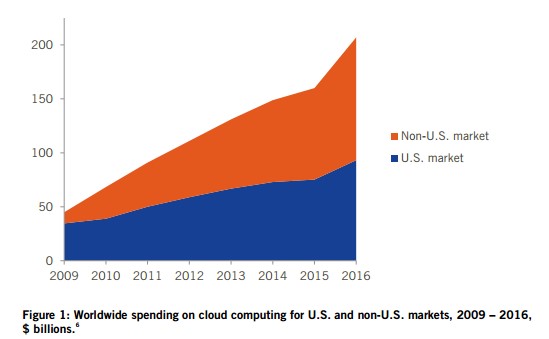 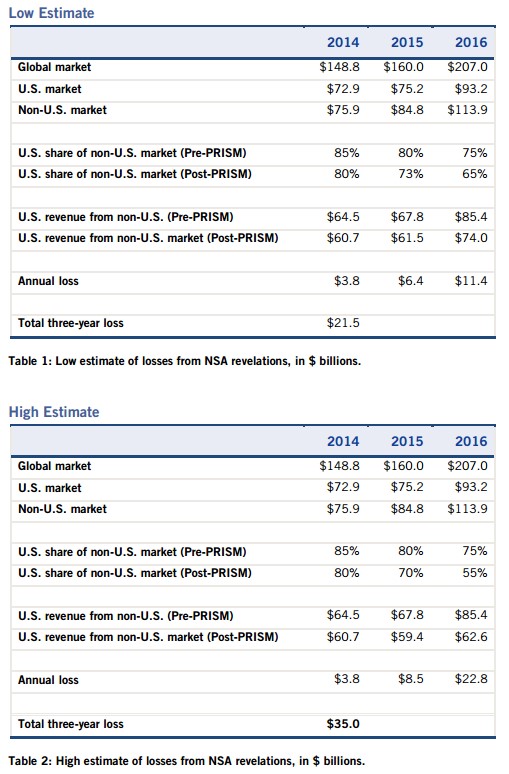 Thank you Jeff Nolan and Manuel Pumarada for distributing the link to the report and for sharing your insights, much appreciated.