Should Your VP Sales Start Off as a Player-Coach? 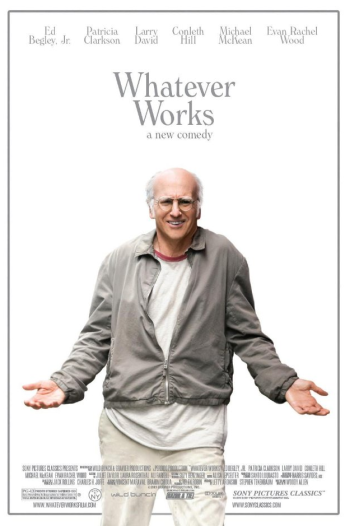 The moment comes when it’s time to hire your first VP Sales. We’ve talked in the past about the 48 Different Types of VP Sales, What a VP Sales Really Does, and even given you a Script to Use When Interviewing a VP Sales.

So then that time comes.  Probably, unless you have a ton of funding, the time to hire your VP Sales will come after you have Initial Traction but well before you are at Initial Scale. So some money is coming in, but not enough on its own yet to make the business sustainable or at least achieve the type of velocity you want.

So at this stage, the VP Sales, while necessary, sure looks expensive. He or she will likely not only have the highest salary in the entire company (at least if he or she hits her plan and earns the full OTE, On Target Earnings) … but it will seem even more expensive than that. The VP Sales will in fact feel like a huge cost center. Because unlike the couple of reps you hired before her, that already more than pay for themselves at this point, most likely … this one instead looks very expensive.  Oy … budgeting an extra $200k, $250k, $300k, or even far more for a VP Sales if they hit a plan … it sure looks like a big step at the time.

So probably, what you’ll naturally want to do or at least consider doing is make your First VP Sales a Player-Coach.  I.e., to carry her own individual quota (in addition to that of the whole team).    Just carry your own $X00,000 quota in addition to the rest of your job, you’ll think. It’s only a couple of reps now anyway to manage — not a big deal.  Your new VPS needs to be one of them as well the boss of them, you’ll think.  That way, your VP Sales is not just a cost center on your P&L.

And beyond the pure cost, there’s another very valid reason you’ll likely want your VP Sales to start as a Player-Coach and carry a quota. Because it’s a good test. Can he or she really do it? Trust me, I can tell you having been a VP in a F500 Tech Co … they are plenty of execs who try to manage but can’t actually do the job itself, at all, or at least, not anymore.

Here’s the thing though. It Just Doesn’t Matter.

The VP Sales hire is super risky. More than 50% of them don’t work out. But assuming you’ve hired a true manager, a true sales leader … what you need to hold him or her to is an absolute number and an absolute-ish budget.

E.g., I need you to close $2m in Net New Bookings in the Next 12 Months. Or whatever the number is. And we have budget for 4 reps plus you. Go get it done …

And in the end, that’s all the matters. And at a practical level, especially if you are in a high-velocity category, your VP Sales will quickly have his or hands 100% full figuring out how to best sell, how to best help the reps sell, and how to scale sales. As we discussed before, directly selling is probably Job #5 for your VP Sales (more here).

Beyond that, giving her a quota to start may even be counterproductive.  Everyone responds to incentives.  Salespeople, especially so.  If you have two metrics to hit as VP Sales — one, for yourself; the other, for your team — how do you prioritize?  Both will likely suffer to some extent, at a practical level.

So my only point is just this. It may make sense for your VP Sales to start with an individual quota. It certainly probably will feel good.

But it won’t really matter in the medium term. Even if he or she starts off with her own bag, in a quarter or two if she does a good job, she won’t have time to hold an individual quota anymore.

So I know it’s stressful. But don’t sweat it too much. And if you are sweating it .. maybe … maybe you don’t really have the right candidate.

Because in 2 quarters, your VP Sales should not only be the highest paid candidate you’ve ever hired — but the highest ROI hire you’ve ever made, or close to it. For me, within 90 days of hiring our true VP Sales, Brendon Cassidy, our Revenue Per Lead doubled. So he more than paid for himself in 90 days, rendering his “cost”, and the question of whether he should carry his own individual quota in addition to a team one or not … simply irrelevant.

You may not see results that quickly, but you need to in 2 quarters or so. Or you’ve simply hired wrong. And if you do see those results, you won’t care at all how it gets done, and whether your VP Sales had an individual quota, or just a quota for all the revenue.  So just do whatever works here.