For years, I have been a dedicated Firefox user.  Before Chrome, Firefox was a browser that really 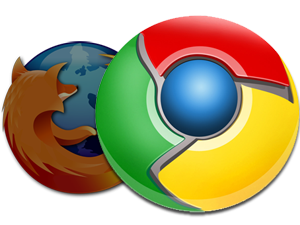 met my needs.  Firefox was faster and more flexible than Internet Explorer.  Firefox was innovative, supporting tabs, add-ons, standards, and multiple platforms.  Over the years, I customized my Firefox environment to meet my needs, with add-ons that made my many tabs manageable, that enabled my news curation on Twitter, that remembered my many user names and passwords.I’ve retained Internet Explorer, since many corporate apps I use are supported only on IE or otherwise don’t work well on Firefox.  But my main browser use has been with Firefox until recently.

I’m sad to say that this post marks my final use of Firefox.  I’m switching to Chrome finally, with IE for some corporate apps.  This is not a sudden decision of mine; rather, this is a decision I’ve been putting off for a while in the hopes that things would get better with Firefox, but things just keep getting worse and worse.  What are my complaints?

In the end, though, the killer for me is Firefox’s constant upgrades blowing away its crowning jewel – the add-on ecosystem.  Without add-ons, Firefox is just another browser.  Stacked up against Chrome, Firefox lacks adequate support for Android, lacks stability, drags slowly on start-up (especially on restarting after crashing), and shows little or no innovation.  Mozilla needs to slow down the upgrade cadence, attempt some bigger and more innovative projects, support the add-on ecosystem to be ready with updates whenever the browser gets updated, and find a new reason to exist beyond fighting the bygone bogeyman of Microsoft hegemony.

What do you think?  Do you agree or disagree with me?  Let me know by leaving comments below …