Microsoft Buys Nokia, Gets Elop Back 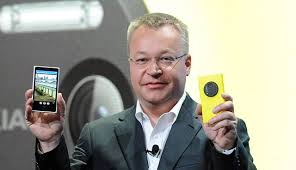 With a nod and a wink Microsoft announced it was buying most of Nokia getting its own mobile phone platform to further its ambitions in that space.  It also got ex-Microsoft executive, Stephen Elop back into the fold.  Elop had left Microsoft to head up Nokia and when current CEO Steven Ballmer announced recently that he would retire, Elop was among the people cited as possible successors.  At the time though, Elop’s tenure at Nokia looked to be a significant barrier.  It’s amazing how many hurdles $7.2 billion can clear away.

So the question immediately becomes, does Elop want the job?  Does the board want Elop or was the acquisition just more business as usual?  Well, with or without Elop as the future Microsoft CEO, the deal makes sense.  Microsoft’s Windows Mobile has not seen great adoption despite its really attractive and intuitive interface.  Google’s Android leads the parade (it’s hard to argue with free) and Apple’s iOS is the defacto standard in the industry which makes it difficult for Microsoft to play catch-up, a game that’s not second nature to it to begin with.

So what’s the net?

Assume Elop is the future face of Microsoft keynotes.  A blind horse knows the future of computing is in wireless, handheld devices and the cloud.  But too much has been made in recent years of the device and not much consideration has been given to the huge changes ahead in the data center to make the magic in the device really work.

The device is the new 3270, smarter for sure and much smaller, but it’s a relatively dumb terminal at the end of an extensive network of satellites, storage, and brute force processing.  Given this, success in the cloud will be governed by more than whose OS is in your hand.  It will be about the back end.  Larry Ellison understands this and his team is working overtime to build the plumbing for the new edifice.  And there are loads of vendors like the Benioff Company that are staking a lot on the front office and the device while doing a fair bit in the back of the house too.

But Salesforce may be to the cloud what Apple was for a long time to the desktop.  Elegant, forward thinking, entrepreneurial — pick a half dozen more nice adjectives here.  This doesn’t mean Salesforce is destined to have a measly five percent share of the market, Benioff is too smart for that.  But it does mean there is still an open niche in the cloud for a Microsoft-like competitor that understands the front and the back end of the transaction and that wears the mantle of trust so assiduously cultivated by IBM in the business world.  It might as well be Microsoft.

So, given all that, I look at the Elop acquisition, er, I mean Nokia actually, and I think this could work.  Elop’s understanding of Microsoft and his recent baptism in mobile might be a good combo in the new Microsoft chief.

There are other issues well beyond those, however.  The new CEO at Microsoft will need to be a consensus maker and someone who can break down the fiefdoms that long time Microsoft executives have constructed.  The company has to get lean and to check its multiple egos before it is ready to take on the changed market — from somewhere that’s not the bottom but certainly is not the top either.  Also, it’s no guarantee that you can take the once great phone maker, Nokia, and the one time titan of the desktop and get anything more than mush when you put them together.  Elop, or whoever gets the nod will need to be a leader of Bill Clinton proportions.