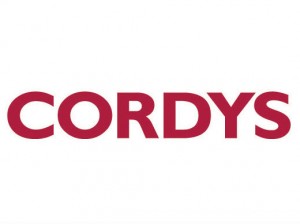 I had a briefing two weeks ago with OpenText about their acquisition of Cordys, an interesting move considering their acquisition just a few weeks before that of ICCM, a partner company that created the Assure platform on top of OpenText’s MBPM (hat tip to Neil Ward-Dutton for tying together these two acquisitions). This provides them with two important pillars in their strategy:

They have immediate plans (for release near the beginning of 2014) for bringing things together, at least on the surface: they are porting Assure to Cordys so that the same development platform and vertical applications are available there as on MBPM, which gives them greatly improved cloud functionality, and will create additional smart process applications along the way. Effectively, they are using Assure as a technology abstraction layer: not only will the user experience be the same regardless of the underlying BPM platform, the Assure application developer experience will also be the same across platforms, although obviously there’s completely different technology under the covers.

There are some obvious issues with this. In spite of OpenText CEO’s claim that this is a “single platform”, it’s not. OpenText was still working out the Metastorm/Global360 picture from earlier acquisitions, and now have the Cordys platform thrown into the mix. In 2011, when IBM pulled Lombardi, WPS and a few other bits and pieces into IBM BPM, some of us called them out for the fact that although it was presented as a single platform, there were still multiple engines with some degree of overlapping functionality. IBM’s response, and I’m sure OpenText would line up behind this, is that it doesn’t matter as long as it’s integrated “at the glass”, that is, there’s a common user interface for business users and potentially some more technical functions. As someone who has designed and written a lot of code in the past, I see a fundamental flaw with that logic: in general, more engines means more code, which means more maintenance, which means less innovation. Hence, I consider refactoring redundant engines into a single back-end as well as a common UI to be critical for growth. Getting Assure in place quickly as a technology abstraction layer will definitely help OpenText along this route, although primarily for existing Assure customers and new customers for whom Assure will be the primary OpenText application development environment; existing MBPM and OpenText customers will likely need to consider porting their applications to the Assure platform at some point in order to get on the main upgrade bandwagon.

Following the Cordys announcement, Gartner released their analysis that casts doubts on whether OpenText can bring together the acquisitions into a coherently unified strategy. Aside from the stunningly obvious point in the summary, “If OpenText’s BPM suites do not fully meet your needs, evaluate other providers” (when is that not true for any vendor/product?), they see that this just makes the OpenText landscape more complex, and goes so far as to wave off prospective customers. As one person who passed on this link said: ouch.

Disclosure: OpenText has been a customer in the past for which I have created white papers, the most recent of which was “Thinking Beyond Traditional BPM” (and a related webinar). I was not compensated in any way for my recent briefing nor for writing this blog post.