The latest round of tablet, smartphone and PC forecasts from IDC released yesterday in their smart connected device market forecast shows how rapidly tablets and large-screen (5+ inch) smartphones are redefining the market.

These forecasts also underscore how the majority of enterprises need to better plan how to get the most out of mobility investments given the constraints of their IT infrastructures.

The bottom line is that the majority of enterprises today aren’t prepared for the pace of change that the IDC forecasts predict.

Many are struggling to orchestrate mobile device management, security, and workable Bring Your Own Device (BYOD) governance into their IT planning.  Initiating and improving application development, reliability and security for mobile applications is also lagging behind, especially in manufacturers.

With 63% of enterprises saying that customer engagement is by far the highest priority of their mobile channel strategies according to a joint study by OpenMarket and Forrester Consulting published this week (The Rise of Holistic Mobile Engagement opt-in required) the IDC forecast underscores how fast the connected device market is moving from a customer interaction standpoint.  Improving customer satisfaction (30%) and acquiring new customers (35%) are the second and third priorities according to the OpenMarket and Forrester Consulting study.  43% have concerns with IT’s ability to keep up with the rapid pace of mobile customer requirements.

Key take-aways from the latest IDC forecast are provided below: 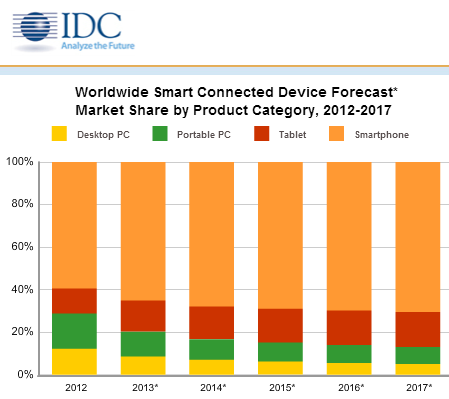 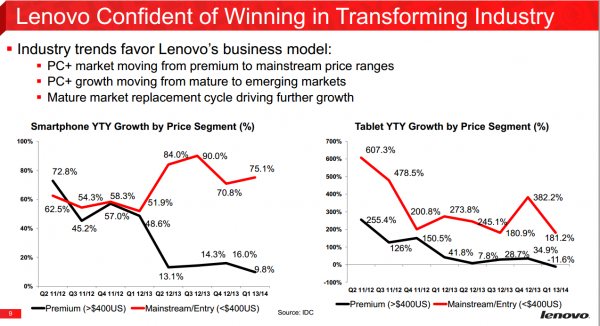 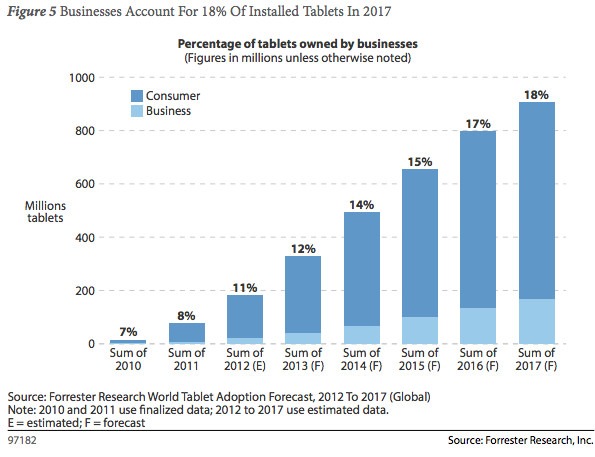