Is Oracle Burying the Lead? Why? 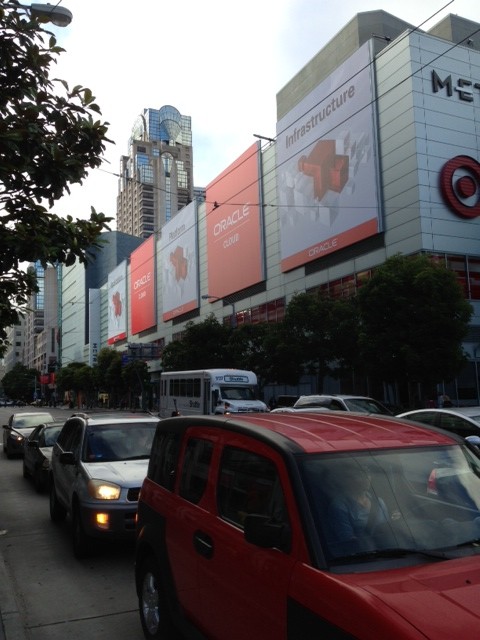 If you are Oracle, one of the challenges of OpenWorld is trying to fit everything into just three days.  The company has something like 3000 SKUs and it already splits the conference into multiple tracks and holds a conference within a conference for developers using Java.  And of course, there are zillions of breakout sessions designed to drill down into the specifics.  So it is making an attempt to do the right thing but I have doubts about whether or not it is providing an over-arching theme that might make it easier to communicate its message.

Hardware and software engineered to work together is the company’s tag line and while it’s pretty good, it is a vestige of an earlier era when companies sold gear and software and customers were worried.  The vibe today, and the era that the company is rushing headlong into is the cloud and its children such as subscriptions.  In a subscription world there’s zero discussion or how many licenses you want to buy and own in perpetuity.  Rather, it’s all about subscribing and modifying the subscription as often as necessary to fit the customer’s need.

So the current tag line rings a bit false for all of that plus the sales 101 reason that it doesn’t end with a positive statement about what you can do with hardware and software engineered to work together.  Providing the “so that you can” statement is becoming de rigueur for subscription companies and if Oracle is heading there it needs not only a more specific tag line but an approach to OOW that broadcasts that understanding.

I would like to suggest that Oracle begin by stating the obvious.  The company has spent a boatload of cash (no pun, but hey) making the products that will make the subscription/cloud era hum and it’s time for it to take advantage with a so that you can statement.  The database, Oracle 12c, is all in-memory and all about supporting many, many millions of simultaneous users and the new devices like M6-32 (no relation to C3PO) will form the cloud’s backbone.  So why bury the lead?