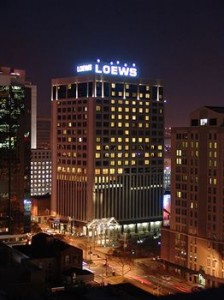 Better late than never, they say – and here comes this review of the KANA Connect user conference, earlier in September, in New Orleans, Lousiana (also known as NOLA, get the title now? get it? get it? that was the only time I will be obnoxious on this post).

The event was well attended (rough estimates from me is about 300 +/- attendants all included) with a large contingency from public sector – KANA Lagan’s business – and a lot of new people – from my conversations – that had never attended before.

The event was well planned with virtually all sessions “analyst and pundit free”, that is with customers and consultants talking about real-life implementations, lessons learned, and what their experiences were.  Virtually all the attendants i talked to liked the model and the content, appreciated the information shared and were very satisfied with the event.

The entertainment side of it was also well done, with a march led by a Jazz ensemble from the hotel to a Latin Quarter restaurant that included police escort and shutting down Canal street for about 20 minutes.  Overall, a great event.

Final disclaimer before I give you the highlights: KANA is a client, has been for over 15 years (back to the Gartner days) and even though i did not present at the event, data from the latest research report I did with them was shared.  They also paid for my expenses and attendance at the event, and gave me access to their executives and clients.  I have been a supporter of KANA for a while (one of my first implementations as a CRM practitioner was a KANA ERMS), I have written about them before – both positive and negative pieces (I foretold their potential demise at one time, and praised their progress at others).  All in all, about even for any vendor I cover – and this post is no exception.  If you feel I am biased, do let me know – but I doubt it.

Great – it was great to see further progress on the “assimilation” of the acquisitions into the new-and-improved KANA.  The Ciboodle and KANA marriage is starting to yield very good product, with pieces of both put together into a flexible platform-based customer-service solution that has lots of potential.  Not finished yet, but at least 85-90% done. I like what they have done and where they are going, Steven Thurlow has done a great job merging architectures and solutions.

Good – Lagan and Trinicom (both acquisitions) are doing quite well as standalone, but a bit more work is necessary to extend the power of the enterprise platform and share some of the “goodies” into those product lines.  Keeping separate code  lines, which in this case is a good thing, and separate messages to target their core markets well, I think that they have passed the integration stage and are becoming good separate businesses on their own.  I’d like to see Trinicom (now KANA Express) extend their presence in the Americas and Lagan gain some of the components from KANA Enterprise, but overall – good progress.

Meh – Press, Pundit, Analyst, Influencer coverage of the event.  They were some good people there, and I was happy to see them, but KANA needs to have more mindshare as they ramp up to become one of the largest vendors in Customer Service.  It is time to invest in relationships and bring those relationships to the show.  The customers (who were in the hundreds, in sharp contrast with a few years ago of barely a couple dozen) and quality of the products could tell a great story, but there weren’t enough people to listen.  This is not anyone’s fault in the KANA team, it is just a question of allocation of time and resources.  Time to shift those resources in favor of getting noted more.

Bad – The event was very well organized, all sessions on time, content was coordinated, and speakers well trained and prepared.  Maybe a little too prepared.  Some of the sessions seem canned more than spontaneous, and the content was.  Not enough emphasis was placed on the roadmap (there were a couple of sessions, but lacked a coordinated vision for the combination of all the products and solutions).  I think it is an issue of lack of time and too much to do, but it needs to be better formalized going forward to present a more coherent end-to-end story to all their products.

I am encouraged, as a long-time supporter of the company, of the work they have done since last years’ show and since the acquisitions.  There is still room for improvement in integration and telling a better story, and lots of potential areas for expansion, but so far good.  At least far better than they have shown in previous iterations during the 2000s.

Fun ahead for the Customer Service market? Absolutely, has not been this much fun since the early 2000s.  Time for a new market leader to emerge, KANA is one of the potential contenders.  The next two years will be battleground years vying for position for all of them.

Were you there? What did you think?