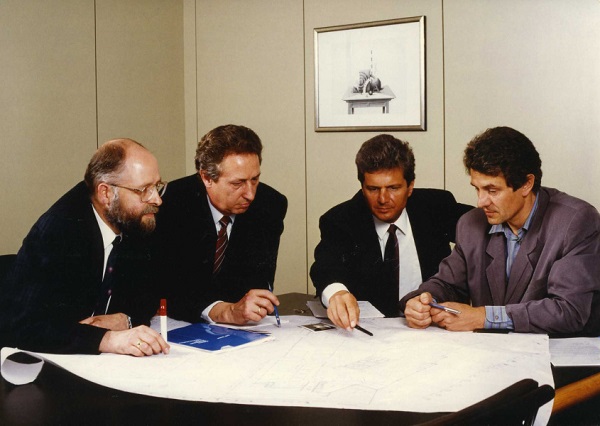 As an innovation author, I generally like to look ahead. But the mysterious time machine that is LinkedIn will often bring back colleagues and friends I have long lost touch with. A recent re-acquaintance reminded me I first encountered SAP 25 years ago installing R/2 in a Price Waterhouse data center in the then re-emerging London Docklands.

My, has SAP come a long way. And as it convenes TechEd in Las Vegas next week the event description nicely charts the path its has taken since NetWeaver was introduced starting in 2003.

To me, SAP has pivoted in the last decade in 3 ways

a) SAP used to be a dominant applications vendor

It used to be in tune with business process leadership. Be it supply chain trends, back office shared services, nuances of order line item level pricing/promotions – you could engage with someone at SAP. Not sure why SAP chose to defocus its dominant enterprise apps leadership and stray into spaces where IBM, Oracle, SAS, Microsoft and others were much stronger, but it has done so. Its (reduced) attention to apps has been diffused even more by years of seemingly wasted BYD investment and digesting acquisitions like SuccessFactors.  More concerning, I have not met many SAP customers who say “Yes we told SAP to take our apps maintenance checks and repeatedly make investments in tools” but SAP has been on that path again and again – investing in NetWeaver, in BOBJ, in Sybase, and more recently almost obsessively in HANA.

b) SAP used to be about operational excellence

Shaped by the engineering precision of many of its German customers, you could count on elaborate cost accounting and inventory control facilitated by SAP. An SAP executive once proudly told me about the root cause analysis they did when the physical inventory of their marketing brochures did not match that in their system.

Compared to  that it is dreadful to see how poorly they have sought operational excellence in their ecosystem.  Starting around the time SAP focused more on tools than apps, you started to see more custom coders than business process consultants. As more R/3 customers moved into production you saw more SLA based management and hosting contracts versus workplan based implementation and upgrade contracts. You saw more offshore firms. You see that diversity at TechEd, and you have been seeing that in the composition of members in SAP Communities. SAP had shown little ability to manage its first group of SIs in the 90s. It’s gotten much worse.

If you talk to any of its customers who have also had a chance to taste cloud/SaaS options over the last few years, you see how inefficient the SAP ecosystem is. Take any metric – storage cost per GB provided by a SAP hosting partner, ratio of SAP users to support consultants, upgrade project size – any metric and the SAP partners are bloated. How did a company obsessed with precision and benchmarks let  this happen?

c) SAP used to let customers do the talking

I remember walking out of a meeting with a mid level SAP executive in the mid 90s and asking my colleague “He used an O word several times, but for the life of me I could not understand what he was talking about”.  My colleague helpfully explained it was a heavily accented version of the word Oracle.

You did not mind SAP’s awkward marketing. You got favorable feedback from customers and that was the best marketing you could ask for.

Things sure have changed. The inefficiency of its ecosystem above should have sent off alarm bells throughout SAP. Instead of  pushing for operational excellence, SAP has used social networks to amplify partner comments for marketing advantage. There has been little introspection: “Their likelihood depends on this. Of course, they will say nice things about SAP”

Or take its “Best Run’ advertising campaign over the last few years. Or statements like “SAP customers produce 70 percent of the world’s chocolate” or “SAP systems touches $12 trillion of consumer purchases around the world”. Fine if you acknowledge that SAP is mostly used for back office processes and little in the supply chain, marketing, R&D and countless other areas. There is almost a delusional view at SAP at how much it “runs” operations at its customers. We have gone from awkward to overly slick marketer.

I miss the old SAP. Of course, many at SAP and its partners have only dealt with the new SAP and often wonder what I am on about. Enough of that walk down memory lane.

17 responses to “What happened to the SAP I knew?”