The Machiavellian CIO: Morality versus reality

The discrepancy, or gap, between doing and achieving is a persistent problem in business. Although every experienced leader knows that functional success is fundamental to sound management, doing a good job doesn’t necessarily lead to career recognition or personal reward. 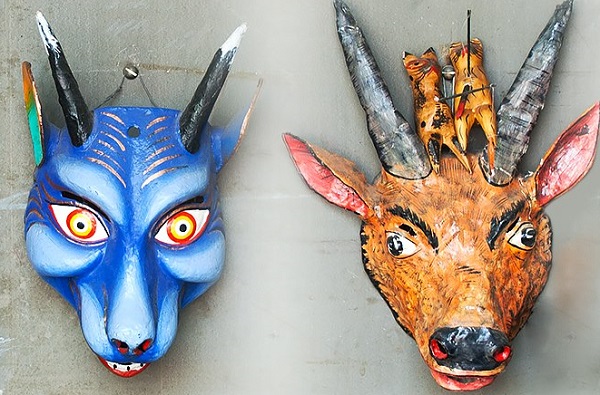 Niccolo Machiavelli, one of the most intriguing political philosophers in Western history, focused relentlessly on the question of achieving political success, even at the sacrifice of conventional social morality.

Because he places accomplishment, even for the greater good, above short-term moral considerations, Machiavelli’s name is associated with deceit, treachery, and ruthless manipulation. Despite this, his writings provide penetrating insights into of organizational behavior.

That’s why I found it fascinating — and discomforting — to read a new book by Gartner analyst, Tina Nunno, with the intriguing title, The Wolf in CIO’s Clothing: A Machiavellian Strategy for Successful IT Leadership.

The morality play. Regardless of my respect for Nunno, her book creates the same misgivings that have rained down on Machiavelli since he published his own work. Although her insights have the ring of truth, some of Nunno’s recommendations and comments reflect an unpleasant, even venal, perspective that is just so… well, Machiavellian.

Writing about the need for CIOs to master the art of manipulation, for instance, Nunno describes situations where “manipulation is more appropriate than influence and honesty”. She justifies these means by citing examples where uninformed, inexperienced, or politically motivated stakeholders demand shortsighted and ultimately harmful decisions detrimental to the organization or IT.

However, Nunno cautions against getting caught:

It is important for manipulation novices to experiment with the tactics carefully when learning how to use them and testing their own ethical boundaries… The more colleagues who know about your deceits the more likely someone will tell and you will be found out.

Getting caught is not a signal to stop manipulating, but to practice more.

Although many readers will feel an instinctive moral revulsion to sentiments such as these, we all know that political maneuvering is entrenched in today’s business culture as it was in Machiavelli’s time. Although tempting to dismiss his tactics as purely amoral and unusual, doing so ignores prevalent organizational behaviors we see every day. This contradiction, between morality and reality, is the fundamental Machiavellian point that has been argued for centuries.

Practical advice for CIOs. Nunno is at her best when she forgoes a philosophical stance and presents practical advice for aligning disparate perspectives, goals, and political factions. When discusses stakeholders, for example, she boils down complex relationships to simple truths:

There are only two reasons for a CIO or anyone else to solicit the input of stakeholders – either the stakeholder has information that improve the quality of the IT decision or the CIO requires permission to make a change he does not have the power to make independently.

Likewise, Nunno describes an effective technique a particular CIO uses to filter requests for IT services:

When they approach him with ideas, he engages in their enthusiasm, but makes certain to have them fill out a few light proposal forms. If this task is too much, he knows they are not committed. If they pass that test, then he continues. If they continue to pass each hurdle he places in front of them, then knows they are likely worthy of trust

In another example of Nunno’s wisdom, she presents questions that one CIO uses to evaluate new projects and filter requests the business makes to his team [bullets added]:

Machiavelli famously wrote, “It is better to be feared than loved if you cannot be both.” I believe that you can’t afford to be feared even if you could evoke both feelings. For both and long-term success, especially in our increasingly connected world where more people can easily learn how you treated others it behooves us to be able to attract top talent.

And I agree with the co-authors of Compelling People, that demonstrating a balance of warmth and strength is most likely to attract smarter support sooner. As Machiavelli also wrote, “The first method for estimating the intelligence of a ruler is to look at the men he has around him” – and smart leaders want to attract talented colleagues. And top talent always have the most choices of who they follow.

Specificity is also a key, as it leads to clarity in expectations. Since we react more quickly, intensely and longer to negative words and behavior, successful leaders are usually adept at praising the specific actions that move a company team towards their top goals. They praise in vividly specific ways and in front of others whose behavior they seek to shape.

Like Machiavelli, top leaders should be direct and candid with individuals about specific behavioral changes they expect – from peers as well as those they supervise. But, that advice is offered with respectful language and in private.

The most successful bosses explicitly ask for equally specific, constructive feedback from those around them.  Expect to see more advice about how companies can thrive by cultivating a constructive mindset from the seven years of research that renowned Stanford Business School professors, Bob Sutton and Huggy Rao, put into their 2014 book, Scaling Up Excellence.

The conundrum of Machiavellian ethics has existed for centuries and continues to challenge CIOs and other executives. However, professor Lydia Segal, who teaches business ethics at the Sawyer business school at Suffolk University in Boston and is author (PDF) of numerous books and articles, cautions contemporary business people against using Machiavellian tactics:

There is a tradition of looking at business as a game where ethics and morality do not apply and in which the business world is seen as amoral. However, studies have shown, repeatedly, that doing the right thing pays off in the long term.

Especially in today’s world, people in business are considered global citizens bound by unspoken rules of action. Machiavelli presents an antiquated way to think of business ethics in our modern world of WikiLeaks, YouTube, instant access, and stories going viral with immediacy and transparency. Machiavelli’s view does not work in business today.

Although it is impossible to deny Machiavelli’s political truths, his advice is fraught with career-terminating danger. In the modern business and technology environment, transparency is the CIO’s best reference point, friend, and path.

What do you think about Machiavelli’s advice and do you agree with Gartner’s suggestions?

2 responses to “The Machiavellian CIO: Morality versus reality”