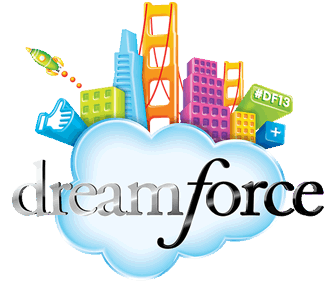 For many years I have written a piece that attempts to forecast the major themes of Dreamforce.  I believe I am not always right but the exercise is fun and helps me orient toward what should be happening industry-wide even if it’s not.  This year is no exception.  With no briefing yet from the company, I am unfettered about what I can speculate on.  Had I already been briefed I would be prevented by an NDA and common sense from doing this.

The dominant theme I have witnessed this fall from most of the other front office vendors has regarded marketing.  As I have written before, most of the big guys–Salesforce included—have bought and integrated some very nice marketing solutions into their CRM suites.  In the process, marketing, which was once the most qualitative and least quantitative of the CRM disciplines, has now become the most quantitative while retaining its qualitative distinction.

It’s possible that in future years we might see marketing fragmenting into two arenas for qualitative and quantitative output.  We have a somewhat similar division today between corporate and product marketing but the segmentation I see coming would be between quantitative practice and creative output and the current division includes some of each in each part so there’s some refactoring to be considered.  But enough, that’s a subject for another piece.  Dreamforce.

So, marketing is top of mind therefore I don’t look for Salesforce to make it the centerpiece of their show.  You have to remember that Salesforce made a big deal of the Marketing Cloud last year, after all, so don’t depend on them doing it again.  They seem to take a perverse organizational pleasure in throwing down the glove each year so that other vendors can do their fast follower things.  It’s like Lucy and Charlie Brown and the football—it doesn’t get old.

So if not marketing, then what?  Platform.  Around the middle of this year there were a couple of announcements that provide insight.  Both Oracle and Workday made joint announcements with Salesforce that their platforms would interoperate and I conclude from this that platform will be the main attraction.

This need for process integration puts a great deal of pressure on integration schemes.  Increasingly vendors are building apps on top of over-arching platforms that bake a great deal of process support that is native to them into the apps.  For Salesforce and its Force.com platform, this means workflow, collaboration, social media support, marketing and analytics, and mobility support that enables developers to specify an app once and target generate a runtime for multiple devices.  As I say all this gets baked in simply by building on the Force.com platform and apps built to the platform standards are pre-integrated adding a powerful business incentive.

Here are some impressive stats to back up my opinion.  There are now more than 2,000 ISV developed apps in the AppExchange, most are built on top of Force.com and are pre-integrated by virtue of their adherence to Force.com standards.  There are also more than 100,000 companies using Force.com to build apps and, according to a recent Forrester Wave Report, about 10,000 of them are major enterprises.  Finally, there are three million apps already developed and in use on the Force.com platform.

Here’s a hypothetical example of what all this platform integration could mean in the real world.  A subscription company using Salesforce SFA and Apttus CPQ (configure, price, quote) can complete a deal, send the order configuration back through Salesforce to process the order in Kenandy ERP, and it might bill for the subscription through Zuora’s subscription billing, payments, and finance product.  If the company also sells products in the conventional manner, Zuora can also provide financial support for a subscription sub-ledger for a conventional ERP system.

That’s a simple example too; it goes on and on.  It makes no mention of the myriad support options—ServiceMax for field service automation for instance—and market and sentiment analysis tools available on the platform also.

So I think platform will be a (the) major theme of Dreamforce.  I could be wrong of course but the platform has come a long way in just a few years.  Once the home of a thousand widgets, Force.com is now the redoubt of many robust apps that can run with or without the core CRM.  To continue propelling Salesforce’s growth I think a very easy approach runs through getting more partners and ISVs involved in selling the service that undergirds their solutions.  In a couple of weeks we’ll see what my two cents is really worth.